To share your memory on the wall of Timothy Wuttke, sign in using one of the following options:

Provide comfort for the family of Timothy Wuttke with a meaningful gesture of sympathy.

He was preceded in death by his parents, Bonny L. Wuttke and Karl R. Wuttke; his sister, Suzanne Olson; and his daughter, Tara Wuttke.... Read More
Timothy "Tim" Allen Wuttke, 56, of Salem, Va., was called home suddenly on Saturday, February 8, 2020.

He was preceded in death by his parents, Bonny L. Wuttke and Karl R. Wuttke; his sister, Suzanne Olson; and his daughter, Tara Wuttke.

He leaves behind his wife and soulmate of 31 years, Stephanie Martin-Wuttke; his daughter, Kasey Martin; son, Sammy Goff; sister, Karen Wuttke; and grandchildren, Gracie Goff and Bailey Wuttke. He also leaves behind a house full of fur children including his wolf dog, Lena.

Tim was originally born in Fort Wayne, Ind. and moved with his family to Lynchburg, Va. at the age of two. He grew up in Lynchburg and attended E.C. Glass High School where he was a member of the marching band drum line. He made many close friends at nearby Lynchburg College and spent his late teen years travelling the state to see his favorite band, the Grateful Dead.

Tim was truly a jack of all trades. In his 56 years he did everything from auto body repair to locksmithing and installing car stereos to manufacturing. His knowledge was vast, and he never turned down an opportunity to use his knowledge and skills to help the people he loved. It was rare that any family member had a problem that Tim wasn't able to solve, and he was proud to do so with a smile on his face and to teach you everything he knew.

Tim had a special interest in and encyclopedic knowledge of classic cars. The only thing he knew more than cars was music. He was an avid music lover who loved nothing more than a great song or concert. He had a very special relationship with his daughter, Kasey, and they traveled to many concerts and music festivals together along the east coast, especially to see their favorite band, Widespread Panic.

He enjoyed the outdoors, bonfires, camping, movies, and just spending time with the people he loved. He was one of the most laid back and easy-going people you'd ever meet, and had no problem keeping a smile on his face and sharing that positivity with others.

Tim believed that life was to be lived to the fullest, and to love and appreciate each and every day with the people you love. There was nothing he wouldn't do for the people he loved most, and he was a pillar of calm and strength for every member of his family. We will miss his smile, his jokes, his music trivia, his help, his support, his laughter, his guidance, his strength, and his joyful and calming presence.

A gathering for family members and friends will take place from 6 to 8 p.m. on Thursday, February 13, 2020, at the John M. Oakey & Son Funeral Home in Salem.

In lieu of flowers, charitable contributions may be made in Tim’s name to the ASPCA. Online condolences may be expressed at www.johnmoakey.com.
Read Less

Posted Feb 14, 2020 at 02:37pm
Our deepest sympathy and prayers are with the family during time of Tim going from life here on earth to life forever in heaven with Jesus .The Bible tells us to be absent from the body is to be present with the Lord. I know you will have some lonely times ahead. You will miss him. Hold on to all the good memories you had together. No one can take those from you. Keep close to Jesus . He loves you most.
“ Because He Lives-we live” Gal. 2:20
With love and prayers
Ruth C Flippin
Tammy Flippin/Ortiz
Robert Flippin
1822 Clayton Ave
Lynchburg, VA 24503

Posted Feb 14, 2020 at 11:33am
Stephanie I am so sorry for you and your Families loss . Will keep you in our prayers.
Comment Share
Share via:
D

Posted Feb 13, 2020 at 07:59am
Stephanie, I'm so sorry to hear about the loss of Tim. I cant even imagine what you are going through. You are in my prayers.
Comment Share
Share via:
PI

Posted Feb 12, 2020 at 10:42am
We are so sorry to hear about Tim's passing, and want to offer thoughts and prayers to his family, especially Stephanie.
No words are sufficient to help at this time, but just know that we are with you in spirit.
Terry and Paulette Isherwood
Comment Share
Share via:
HF

Posted Feb 11, 2020 at 06:57pm
I have great memories of Tim. I had the honor of teaching him in the E. C. Glass high school band. He was a stand up person, diligent, kind, caring and dedicated to excellence.
I am so sorry to hear the news of his passing. My thoughts and prayers go to Tim and his family!
Harold Ford
Comment Share
Share via: 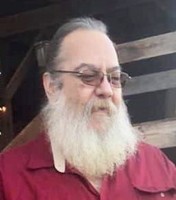 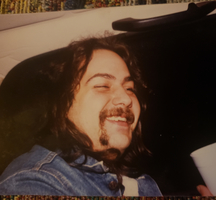 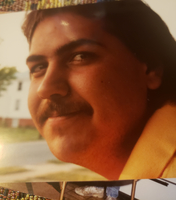