To share your memory on the wall of Ret. Col. Dr. Robert McClanahan, Jr., sign in using one of the following options:

Provide comfort for the family of Ret. Col. Dr. Robert McClanahan, Jr. with a meaningful gesture of sympathy.

We encourage you to share your most beloved memories of Ret. Col. Dr. Robert here, so that the family and other loved ones can always see it. You can upload cherished photographs, or share your favorite stories, and can even comment on those shared by others.

Tammy Riddle, Wade and Lisa Trump, and others have sent flowers to the family of Ret. Col. Dr. Robert Leonard McClanahan, Jr..
Show you care by sending flowers

Posted Dec 27, 2019 at 10:47am
My mother, Flossie Yates, went to high school with Bob. They were at the 50th high school reunion together. Mom will be 93 in Mar. and lives in Buchanan County. God bless you all, our God of comfort.
Comment Share
Share via:
SB

Posted Dec 19, 2019 at 05:01pm
Gerri and family. I'm so sorry for your loss. I worked with Dr Mac for 17 years and always enjoyed his quiet and professional demeanor. You have so many years of wonderful memories and I feel very blessed to have know you and your family. One of my fondest memories is of him loving my hotdog chile. Much Love ~ Sue Banner
Comment Share
Share via:
PR

Posted Dec 19, 2019 at 10:00am
I don’t know where to start but; for over a decade I was head to head and shoulder to with Dr. Mac as his assistant at Dental Associates. Every day was an adventure of learning and usually entertaining as we would banter between patients or read his books. I was frightened of working in that environment and it came to be the best work relationship of my life. He constantly encouraged me to get more education and after his retirement it took me awhile but; I completed my degree in Fine Art at Hollins and ventured a different path. Dr. Mac was without question one of the finest gentlemen I’ve ever known and he and his family a blessing to my life. While working at VWCC he and my Pat continued to see each other for lunch often. Probably hotdogs! Pat went ahead of him to heaven last year and if there are hotdogs in heaven they will find them.
God speed, and love as you enter this next time of life.
Much love, Pam
Pamela Painter Rhodes
Comment Share
Share via:
TR

Posted Dec 19, 2019 at 07:15am
We are praying for you all as you remember this wonderful man! Love the Trump family 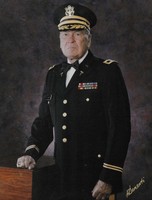 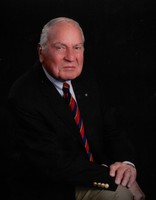