To share your memory on the wall of Patricia Stuckey, sign in using one of the following options:

Provide comfort for the family of Patricia Stuckey with a meaningful gesture of sympathy.

Print
Patricia A. Garman Stuckey, 76, of Rockville, Md. and Frederick, Md., went home to be with the Lord on Tuesday, November 26, 2019, at Frederick Memorial Hospital.

Born January 25, 1943, in Roanoke, Va., she was the daughter of Louin C. Garman and Avis Damewood Garman.

Following graduation from Bladensburg Senior High School in 1961, she started her career in modeling, then worked for Weaver Brothers in Bethesda, Md. She then married in 1962. After raising her children, she went back to work in administration at Bloomingdales in Rockville, Md. where she retired at the age of 46. She enjoyed being a homemaker, interior decorating, needlepoint and helping to raise her grandsons. Her love of dogs made her a wonderful grandmother to Duke, Buster, and Rocky. She also like camping the outdoors and spending time at the families second house in a rural section of Garrett Co., Md.

Preceding her in death were her parents; former husband of over 20 years, Henry M. Stuckey III; brothers, Mickey Garman and Bobby Garman; and sisters, Sarah Garman and Jeanie Whitlock.

Patricia was a loving mother and is survived by her two children, Henry M. Stuckey IV and wife, Monica, and Elizabeth Stuckey-Ellis; two grandsons, Nicholas and Kurt Ellis; her siblings, Rita Sirry, Jane Rager, Ted Garman, and Joan Stevens; and many nieces and nephews.

The family will receive friends from 2 to 5 p.m. on Friday, December 6, 2019, at the John M. Oakey & Son Funeral Home in Salem. The funeral service will be conducted at 10 a.m. on Saturday, December 7, 2019, in the funeral home’s chapel. Interment will immediately follow at Blue Ridge Memorial Gardens in Roanoke.

We encourage you to share your most beloved memories of Patricia here, so that the family and other loved ones can always see it. You can upload cherished photographs, or share your favorite stories, and can even comment on those shared by others.

Brian & Kathleen Hasson, Martha & Richard Musson, and others have sent flowers to the family of Patricia Ann Stuckey (Garman).
Show you care by sending flowers

Flowers were purchased for the family of Patricia Stuckey. Send Flowers

Posted Dec 05, 2019 at 07:38pm
Sorry for your loss, I hope you know you have friends that are here for you always. May the Peace and Comfort of God surround you and the family.

Posted Dec 02, 2019 at 01:21am
Beth & Henry, I was so sorry to hear about your mom's passing. Losing a parent is so difficult and something we are never prepared for. You are both in my thoughts and prayers.
Kevin (& Bethany) Whitlock
Comment Share
Share via:
JW 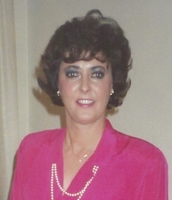