To share your memory on the wall of Jordan Scott Bray, Esq., sign in using one of the following options:

Provide comfort for the family by sending flowers or planting a tree in memory of Jordan Scott Bray, Esq.

Provide comfort for the family of Jordan Scott Bray, Esq. with a meaningful gesture of sympathy.

After graduating from high school, Jordan attended North East State where he realized his full academic abilities. He then completed his undergraduate studies and received his Bachelor of Science in Political Science at East Tennessee State University graduating Summa Cum Lade. Jordan was accepted to Liberty University School of Law where he completed his Juris Doctorate in 2013. Jordan was a member of the Tennessee Bar and worked as a Magistrate in the Commonwealth of Virginia's 21st Judicial District. He took great pride in his position and his duty of upholding the laws and holding fellow colleagues to his standards of service parallel to none.

During his years of service in Henry County he was able to leave his mark on many others in a professional way that established meaningful friendships. It has been said that once Jordan was sufficiently caffeinated there was no stopping him. His ability to discuss various topics with such intelligence was like that of no other. Jordan's humor gave him an almost superpower ability to lighten even the darkest of moods in people. Jordan was often described as a connoisseur of many things and just when he reached the pinnacle of mastering his latest hobby with the guidance of YouTube, he would then find something else that peaked his interest. Jordan described by many as a larger than life personality that mentored and influenced all of those around him in some of the best ways.

Jordan is survived by his wife Marah, a woman whom he adored beyond measure and without question. He described her as the best thing that ever happened to him. Vowing to love her both in this life and in the next. The love they shared was something that others described as awe inspiring. A marriage that set the mold and that the two of them together made an unstoppable perfect couple. Also surviving him includes his youngest brother, Ernie, maybe the original inspiration to becoming a role model for others, as the two of them were inseparable throughout life; Ernie's wife, Traci, the kindest and most loving sister-in-law; his six nephews, Gibson, Ethan, Rylan, Kayson, Colton, and Masen; and his precious baby niece, Arissa; his grandmother, Nellie Scott, of Watauga, Tenn., who laid the foundation for his life to always be a caring and loving man; his In-laws, Mark and Teresa Kilby, of Salem, Va.; brother-in-law, Jared Kilby; grandmother-in-law, Dottie Pafford; his uncle, Jim Bray, of Kingsport, Tenn. as well as his aunt, Nancy; uncle, Mike Scott, of Gallatin, Tenn.; and aunt, Brenda. Numerous cousins, extended family, close friends, and wonderful co-workers also survive.

Jordan also leaves behind his 4 dogs, including his beloved Bernese Mountain Dog, Wyatt, and a very devoted cat, Mr. Frances, who often waited by the door for him like clockwork donning his own dapper bow-ties.

He is proceeded in death by two of the greatest men in his life; his father, William Vince Bray, as well as his grandfather, Charles Virgil Scott.

In keeping with Jordan's wishes, all services will be private invitation only.

Expressions of sympathy may be expressed by visiting www.johnmoakey.com.

We encourage you to share your most beloved memories of Jordan Scott Bray, Esq. here, so that the family and other loved ones can always see it. You can upload cherished photographs, or share your favorite stories, and can even comment on those shared by others.

Erin Miller and Patsy and Shane Nelson have sent flowers to the family of Jordan Scott Bray, Esq..
Show you care by sending flowers

Posted May 23, 2020 at 08:24pm
Sheila mother of my precious Jordan Bray and David Bray,brother of Jordan. words cannot even begin to express my heart felt sympathy for you both at this time. He was my Bear bear . He was taken to early from this life but, Jesus needed him more than we do. Jordan was so talented and accomplished so mush in his earthly time and we are so proud of him. Jordan always had a big grin followed by a big hug when he saw us.I will miss that precious voice when he would call me Mama Bevi.
We never know when death will come to us or our loved ones, but the main thing is to know Jesus and live for him daily. Jordans parents taught their children the bible and how to call upon the name of Jesus. I was never in their home that Jesus wasn't mentioned about his love and goodness and how blessed for our families to share this love together. We have always claimed to be family.
Stay strong in your faith in Jesus . When we put Jesus first he will give us understanding and he will give us the desires of our heart. Love to my best Friend Sheila in the days ahead . David I lost my brother May 2, and I will miss him and that will never change and the good memories cant be taken away by anyone . Hold those good memories in your heart.
Comment Share
Share via:
DP

Posted May 23, 2020 at 06:11pm
I am so sorry about Jordan. Sheila, my heart is breaking for you and David. No parent should ever go through the heartbreak of losing a child. Will be praying for you. Love you
Comment Share
Share via:
EM

Posted May 21, 2020 at 08:42pm
Marah, Teresa, Mark, Jared, Richard & Dottie: My heart goes out to you all. May loving memories bring you peace, comfort & strength during this time.

Posted May 20, 2020 at 09:17pm
Shelia David and Erin l think of you all often prayers for you all connect with me on face book
Comment Share
Share via:
HS 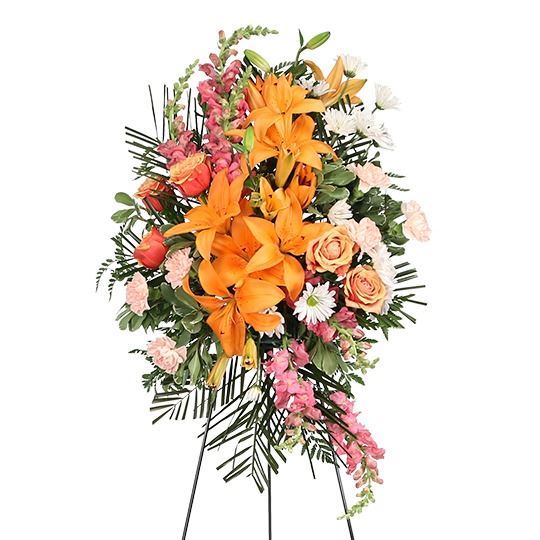 Flowers were purchased for the family of Jordan Scott Bray, Esq.. Send Flowers 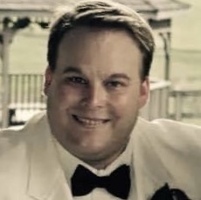