To share your memory on the wall of John Sisson, sign in using one of the following options:

He was the son of John Arthur and Bessie Aldridge Sisson who preceded him in death. J.D. was also predeceased by his first wife, Marg... Read More
John David (J.D.) Sisson, 92, of Salem, Va., was called to his heavenly home on Monday, March 2, 2020.

He was the son of John Arthur and Bessie Aldridge Sisson who preceded him in death. J.D. was also predeceased by his first wife, Margaret Beckner Sisson; brothers, Frank, Clarence, James, and Archie; and sisters, Katharine Sisson and Alyse Ashwell.

He was a true “southern gentleman” who loved his Lord, family, and friends. He was a member of CommUNITY Church in Salem, and a charter member of Blue Hills Golf Course. J.D. retired from Norfolk Southern in 1987 and enjoyed his retirement to its fullest! He loved the game of golf and played as often as possible. He won numerous tournaments, was inducted into the Roanoke Valley Golf Hall of Fame, and won the Virginia Super Senior Amateur Championship when he was 70 years old. For many years, he enjoyed working on his farm in Catawba and enjoyed taking bread to the Salem Food Pantry. Since moving to Salem, he enjoyed living in North Oaks with his wonderful neighbors who he considered family.

Visitation will be held from 4 to 8 p.m. on Friday, March 6, 2020, in the John M. Oakey & Son Chapel in Salem. A graveside service will be held at 10 a.m. on Saturday, March 7, 2020, at Sherwood Memorial Park followed by a Celebration of Life at 11 a.m. at CommUNITY Church located at 1923 East Main Street in Salem. A reception will follow.

In lieu of flowers, the family has requested that memorial donations be made to the J.D. Sisson Golf Scholarship Fund, Roanoke County Schools, 5937 Cove Road in Roanoke, Va. 24019, or to the charity of your choice. Online condolences may be expressed at www.johnmoakey.com.
Read Less

Debbie Willyard, Bart Brantley, and others have sent flowers to the family of John David "J.D." Sisson.
Show you care by sending flowers

Posted Mar 07, 2020 at 10:54am
Blue Hills Golf Club will never be the same without you. You will be sorely missed. I’ve enjoyed playing golf with you these past 13 years. Thank you for your inspiration in how you played the game of golf and more importantly in how you lived your life. My heartfelt condolences to the family and friends and may God continue to bless and comfort each of you during this time of loss. Until we meet again, RIP JD my friend.
Comment Share
Share via:
YC

Posted Mar 05, 2020 at 11:53am
To the family of Lisa Vaughan, a dear friend, I pray for peace for all his family. Lisa spoke highly of him and I am sad that I never had the pleasure to meet him. My God Bless you and hold you close during this time of loss
Comment Share
Share via:

Posted Mar 05, 2020 at 11:00am
JD, Kent "Pepper" Martin will meet you at the first Tee!
Fay and family- so sorry for your loss. JD was a great guy and true friend to our family. You have our warmest condolences.

Posted Mar 05, 2020 at 10:37am
JD was a father figure and a mentor to me. I worked at Norfolk Southern RR and played golf with JD. He taught me how to be a fierce competitor in a gentlemanly way. He was always willing to help me with my golf game but more importantly he conducted himself in a mature gentlemanly manner at all times. I am sure the Lord is saying "Well Done" to him. I know I am.

Posted Mar 05, 2020 at 10:19am
I will never forget you laughing at my dads illness. That would be Lynn Lunsford. I guess you were jealous as he was a better golfer than you. I’m happy I got to share that information!!!!!!!!!!
Comment Share
Share via: 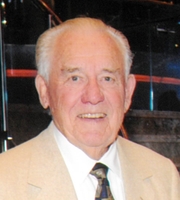 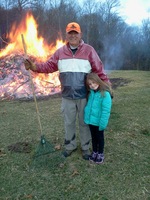 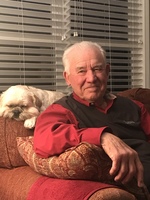