To share your memory on the wall of Don Wertz, sign in using one of the following options:

He was born on November 19, 1939, to the late Wilbert Ray and Pearl Martin Wertz. He was an avid fan of cars, and spoke often about his career as a truck driver. He never met a stranger, and enjoyed having his friends together at the local donut shop and sharing stories over cups of coffee.

In addition to his parents, he was predeceased by his sister, Eula Bott-Naff; brother-in-law, Glenn Martin; nephews, David and Ricky Crouch; and two pet cats, Tabby and Patches.

The celebration of Don’s life will be held on Tuesday evening, January 21, 2020, in the John M. Oakey & Son Chapel. The family will begin receiving friends at 6 p.m., and a memorial service will follow at 7 p.m.

In lieu of flowers, take your parents and family to dinner; Don enjoyed that. Online condolences may be expressed at www.johnmoakey.com.
Read Less

We encourage you to share your most beloved memories of Don here, so that the family and other loved ones can always see it. You can upload cherished photographs, or share your favorite stories, and can even comment on those shared by others.

Posted Jan 21, 2020 at 05:44pm
We send our condolences to you and your family Doug. God bless you during this difficult time. Steve and Judy Whorley
Comment Share
Share via: 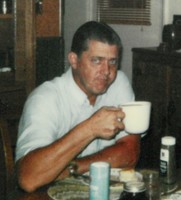