To share your memory on the wall of David Repass, sign in using one of the following options:

Print
David Eugene Repass, 95, of Salem, Va., passed away peacefully after a short time in the care of the Veterans Administration Hospice Center on Monday, January 20, 2020.

Dave was born on August 18, 1924, in Roanoke, Va., the son of Guy Eu... Read More
David Eugene Repass, 95, of Salem, Va., passed away peacefully after a short time in the care of the Veterans Administration Hospice Center on Monday, January 20, 2020.

Dave was born on August 18, 1924, in Roanoke, Va., the son of Guy Eugene and Mabel Furniss Repass. He remembered his early school years at Woodrow Wilson as captain of his championship baseball team, graduating from Jefferson High School, and later playing the game for Roanoke College, many games being played on the baseball field at the Veterans Administration in Salem. He remained a life-long avid fan of the New York Yankees, often taking the train up to New York for the games as a young man and flying up with family in his later years, and could usually recite the stats for almost any player you could name.

Dave was drafted into the Army 2 weeks shy of attaining his Aircraft and Engineering license and reported to the Infantry Replacement Center in Macon, Ga., where he remembered feeling “lucky” to be able to sign up for the Aviation Cadet Program. After several months of training in various flight schools across the country and specialty training as a photo reconnaissance pilot, he served his country as a First Lieutenant in the 8th Photo Squadron in the Army Air Corps. His missions were flown in the China Offensive, the Air Offensive Japan, the Southern Philippines, Luzon and the Western Pacific China Defensive, his last mission being flown over Japan on August 13, 1945, the day before the Japanese surrendered on August 14, 1945, finally to return home in January 1946. Anyone who knew Dave will remember that he identified first as a Veteran WWII P-38 pilot. Living in the shadow of that war, he was always surrounded by dozens of model airplanes, mostly of the P-38 Lightning, and while watching old war documentaries he often remarked, “…well, it looks like we are winning the war again.”

After the war, he returned to Roanoke and attended Roanoke College, soon after he met and married his wife, Dorothy Layman Repass, and then went to work for their family business, Layman Candy Company. Years later, he enjoyed a career in real estate and eventually retired to enjoy his love for the game of golf. He is probably best known for his many years as a dedicated daily volunteer with his “second family” at Hanging Rock Golf Course in Salem. Dave enjoyed an active love of golf and enjoyed participating in many regional golfing events and the associated fellowship they provided. Dave’s family installed and dedicated a gazebo to him on the occasion of his 85th birthday at the Hanging Rock Golf Course, located before what is now the 2nd tee, on the crest of the hill which overlooks the Valley. Dave will be remembered for the beautiful contagious smile he always had for everyone, his love of jazz music, his love of the game, whether it be golf or baseball or the pride he showed watching various family members excel at sports, total recall and a memory that shamed us all, that special twinkle in his eye and for the devoted and loving family life he was able to enjoy on Wildwood Road. His love of flying dominated throughout his life and he is surely flying high once again.

Dave was preceded in death by his wife of 35 years, Dorothy Layman Repass.

The family wishes to extend our deep appreciation to the staff at the Veterans Administration Hospital and to Dr. Jane Brummer and her staff at the Salem VA Medical Hospice Care Center for providing his end of life care.

Friends and loved ones may visit with the family from 5 to 8 p.m. on Monday, January 27, 2020, at the John M. Oakey & Son Chapel in Salem. A memorial service to celebrate his life will be held at 2 p.m. on Tuesday afternoon, January 28, 2020, also in the funeral home’s chapel, with The Rev. Janet Chisom of Salem Presbyterian Church officiating. A private graveside service will follow at Sherwood Memorial Park in Salem where military honors will be rendered by the United States Army.

Memorial contributions may be made to the Salem VA Medical Center or the wounded Warrior Program of Virginia; flowers will also be appreciated by the family. Online condolences may be expressed at www.johnmoakey.com.
Read Less

Receive notifications about information and event scheduling for David

We encourage you to share your most beloved memories of David here, so that the family and other loved ones can always see it. You can upload cherished photographs, or share your favorite stories, and can even comment on those shared by others.

Posted Jan 26, 2020 at 10:11pm
Dave was a wonderful father. Remember the good times and cherish his memory always!

Flowers were purchased for the family of David Repass. Send Flowers

Flowers were purchased for the family of David Repass. Send Flowers 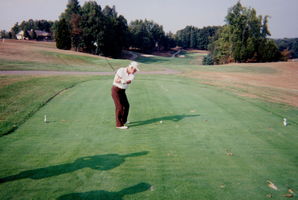