To share your memory on the wall of William Dail, sign in using one of the following options:

Provide comfort for the family of William Dail with a meaningful gesture of sympathy.

He was born on September 5, 1941 in Roanoke, Va. to the late Lonnie Lee and Lillian Mondie Dail.

Following his graduation from Andrew Lewis High School in Salem, Bill furthered his education earning his degree in electric engineering at Virginia Tech, his master’s degree in mathematics at Radford University, and postgraduate studies at Virginia Tech. He started his career at Roanoke Tech that would eventually become part of Virginia’s Community College system.

After three years, he moved his small family to Lynchburg where he would spend the remainder of his 40 plus years as a professor at Central Virginia Community College. He firmly believed that education was of the highest importance and instilled this into the hearts and minds of his children. Above it all, Bill will always be remembered as a loving husband, father, grandfather, and friend to many. He will be missed!

Graveside services to honor Bill’s life will be conducted on Friday, January 17, 2020 at 2:30 pm at Sherwood Memorial Park in Salem with Chaplain Brian Whited officiating.

In lieu of flowers donations may be made to the Alzheimer’s Association; Central Western Virginia Chapter; 355 Rio Road West, Suite 102, Charlottesville, Va. 22901

Condolences may be expressed to the family by visiting www.johnmoakey.com.
Read Less

We encourage you to share your most beloved memories of William here, so that the family and other loved ones can always see it. You can upload cherished photographs, or share your favorite stories, and can even comment on those shared by others.

Posted Jan 17, 2020 at 11:35am
My deepest sympathy to the Dail family. I was fortunate to meet Bill last year and remember how he loved listening to music and tapping his foot to the beat. May he Rest In Peace. Love and hugs to all.
Debbie Dowell and family
Comment Share
Share via:
PI

Posted Jan 16, 2020 at 12:44pm
My deepest sympathy to you Sue and family. My many memories reflect on so many happy times with you in Lynchburg and the many things we did together with the children. Bill was a very important part of CVCC and those early days back in the 60’s. Prayers.
Phyllis Isbell
Comment Share
Share via:
JH

Posted Jan 15, 2020 at 11:53pm
My deepest condolences to the Dail family.
Bill and I were friends for over forty years and he will be remembered always. Although I have not seen him for a few years he was thought of often. I guess the best compliment I could give him would be that he was a great teacher. We shared many good times together. I met Bill when interviewing for a job at CVCC in 1971. He was the division chair at the time. We became friends quickly and both enjoyed Ham Radio. I remember the first party I attended at his home and what a good time we had but we did get in trouble when we turned over the children’s Merry-Go-Round. As the years went by, I remember the jokes we played on each other. He faked a traffic ticket sent to me saying that I was caught speeding. On another occasion we sent our division chair a note asking for faculty nap time. Not sure Dr. Beeker saw the humor in that. We flew a lot together to such places as Ft. Lauderdale and Richmond. We often laughed about the time while flying his duties were to watch the aux. fuel gauges and we ran out of gas in the middle of a thunder storm over South Carolina. There a many other things that come to mind now and I will always remember these and many other fun times with Bill. I have uploaded three pictures taken about the middle of our careers at CVCC. These are of myself, Bill and Charlie who was our assistant. He will be missed by many.
Again,
My deepest condolences to the Dail Family
Jerry Hartley

Posted Jan 15, 2020 at 08:45am
Sorry for your loss. My career was certainly shaped by Bill and Jerry Hartley during my time at CVCC as well as many others.
Joe C.
Comment Share
Share via:
SF 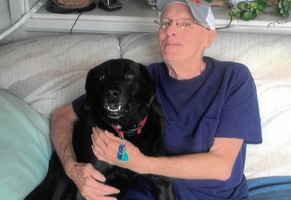 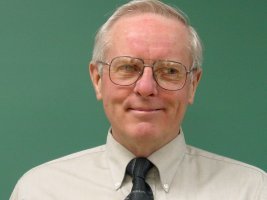 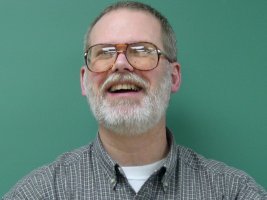 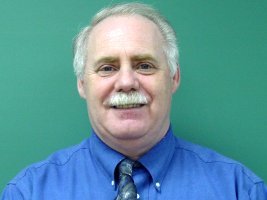