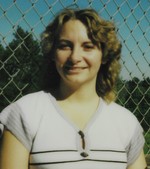 Terri Patricia Pickens (Hicks) passed away on June 28th 2020. She was the wife of 37 years to Donald Henry Pickens. Terri was born on Thursday November 19th 1953 in Marion, Virginia. She was always active in her church fellowship and in her community helping others. In her youth she drove a van visiting different parks and neighborhoods, bringing activities for children and having on location bible school. She had a contagious smile she wore with her great sense of humor that always kept the people around her laughing. She graduated from Andrew Lewis High School in 1972. After high school she attended Airline Stewardess School in Kansas City. She chose a different path, moving to Arizona and then to Hayward, California. In a bowling ally in Hayward she met the love of her life Don Pickens. They married and had a son (Matthew), then moved back to her home town of Salem, Virginia where she grew up. She remained active helping her church and community donating her time to The Clothes Closet and helping anyway she could. She will be greatly missed and we should remember her as a light in the dark or a reason to smile when times are tough. All we really have control of is how we react to situations in our lives. Terri knew this well and met everyday with a smile and a possitive attitude. She is survived by her husband Donald Pickens, their son Matthew Pickens, her brothers Lewis Hicks and Kenny Hicks III, and her grandchildren Timothy Pickens, Madeline Pickens and Erica Pickens. There is no viewing or service.