To share your memory on the wall of Scott Atkinson, sign in using one of the following options:

Provide comfort for the family of Scott Atkinson with a meaningful gesture of sympathy.

Receive notifications about information and event scheduling for Scott

We encourage you to share your most beloved memories of Scott here, so that the family and other loved ones can always see it. You can upload cherished photographs, or share your favorite stories, and can even comment on those shared by others.

Posted Apr 25, 2020 at 11:41am
So sorry to hear of the passing of Scott. We have been friends with him and Doris for many years. A great man always with a smile. He loved his Lord. He will be missed by all who knew him. Sherwood & Euna Spence.

Posted Apr 25, 2020 at 09:26am
My sincere condolences to your family..
I was saddened to her about Mr. Atkinson. I always remember him having that pleasant smile, it would always brighten
my day. Please give Ms. Doris a big hug for me. Praying for your family. Love You All
Bernice Young, Ms.Alice & Family

Posted Apr 24, 2020 at 05:58pm
We were so sorry to hear of Scott’s passing. He was a wonderful neighbor. We always enjoyed his wonderful smile when entering Walmart & his kindness as he delivered his vegetables to all the lucky people in the neighborhood! Most of all our little chats of life and family...He was one of the sweetest people we have ever had the privilege of knowing. I know he will be missed by many. Please know that the family will be in our thoughts and prayers!
James & Amber Denny
Comment Share
Share via:
HC

Posted Apr 23, 2020 at 04:49pm
I am so sorry to hear of Scottys passing, He was a good friend and co-worker for many years at GE, and handed me many a cart at wally world. He was a true christan and never said a bad thing about no one. I will miss him. Henry Clark
Comment Share
Share via:
EH

Posted Apr 23, 2020 at 01:49pm
So sorry to hear of Scott's passing but I know he is rejoicing in Heaven. He was always a joy to be around. I always considered him my cousin. May God comfort and sustain the family . Esther Underwood (B.E.'s widow) also send her thought and prayers . She is in Florida right now. Love and sympathy to all the family. Esther U. Hart & Esther P. Underwood 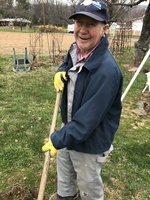 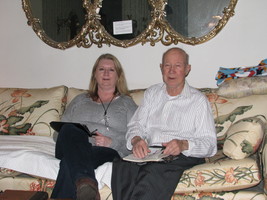 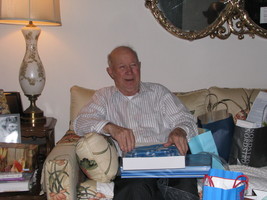 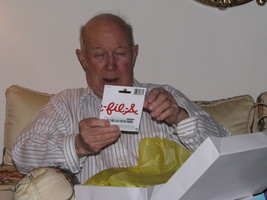