To share your memory on the wall of Samuel Bond, sign in using one of the following options:

Print
Samuel David Bond, 66, of Salem, passed away peacefully at his home on Saturday, October 17, 2020 following an extended illness.

He was born in Richmond, a son of the late Hobart and Beulah Neal Bond and had been an area resident for ove... Read More
Samuel David Bond, 66, of Salem, passed away peacefully at his home on Saturday, October 17, 2020 following an extended illness.

He was born in Richmond, a son of the late Hobart and Beulah Neal Bond and had been an area resident for over 40 years. He was employed with the Mine Safety and Health Administration as a mine inspector for many years, and later as an educator for future mine inspectors at the academy in Beckley, WVA. Sam was a veteran of the United States Army, was a member of Melrose Masonic Lodge, and enjoyed long-distance running. In addition to his parents, he was preceded in death by two brothers, Frank and James Bond.

Funeral services will be held at 2PM, Wednesday, October 21, 2020 at the Chapel of John M. Oakey & Son, Salem. Pastor Jack Scaggs will officiate. Burial with Military Honors will follow at Sherwood Memorial Park. The family will receive friends from 2 to 4PM and 6 to 8PM, Tuesday, October 20, 2020 at the funeral home. An online guest book is available for family and friends by visiting www.johnmoakey.com.

Receive notifications about information and event scheduling for Samuel

We encourage you to share your most beloved memories of Samuel here, so that the family and other loved ones can always see it. You can upload cherished photographs, or share your favorite stories, and can even comment on those shared by others.

Brenda Freeman & Family, Scott&Mary Snyder,Chris&Amanda Rambo, and other have sent flowers to the family of Samuel David Bond.
Show you care by sending flowers

Flowers were purchased for the family of Samuel Bond. Send Flowers

Posted Oct 19, 2020 at 08:31pm
Mr. Bond's son, Jake, and I worked together at VAMC. I didn't know Mr. Bond very well but every time I saw him, and spoke to him, he had a smile and such kind things to say. Jake always called his dad "my hero" . Mr. Bond had to be an incredible person to love on his family throughout his medical problems. Without a doubt, Mr. Bond will be terribly missed by his family. What a blessing to know that they will all meet again someday at the Banquet Table. I'm sure he was welcomed to heaven with the words "good and faithful servant".
Comment Share
Share via:
SR

Posted Oct 19, 2020 at 04:46pm
We send our deepest sympathies to the family. Have known Esther as a best friend since grade school. Prayers are sent. May your good memories of him substain you through this difficult time. Carol and Sude Ragoodial
Comment Share
Share via:
JP

I am sad to read this morning of Sam’s passing. My prayers go up, my heart goes out to each of you at your great loss. Our paths in life merged for a short time – your family’s path and mine, and I remember that time with warmth and joy. Sam was a man of quiet, deep integrity; I knew this the first time we met. I also witnessed his love for Doris and his children, and yours for him. I believe that Sam is now perfectly healed and that each day will bring you closer to being together again. +grace and peace to you+ 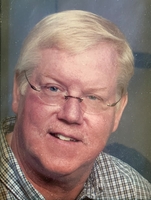