To share your memory on the wall of Roy Rogers, sign in using one of the following options:

Provide comfort for the family of Roy Rogers with a meaningful gesture of sympathy.

His life was full of so many accomplishments. Following his graduation from Andrew Lewis High School, Roy went on to serve his country in the United States Army for 3 years. After his service in the military, Roy continued his education by earning his Bachelor’s degree in Business from Roanoke College. Later, he studied to become an Ordained Minister at Southern Wesleyan University and began his most important work serving the Lord as Pastor of Faith Wesleyan Church for 31 years. He was also employed at General Electric for 42 years and proudly served as the IUE-CWA, Local 161 President from 1998 to 2005. After retirement, Roy continued his service to GE retirees through the Virginia Alliance for Retired Americans and as GE retirees group President. Roy was also very active in many clubs and committees to include the American Legion Post 3, the Fort Lewis Lions Club, and never to be forgotten the Three Amigos Book Club. Roy loved spending time with his wife, daughters, riding his Harley, good food and fellowship, gospel and bluegrass music, watching the VT Hokies and Eagles play football, his beloved pugs and cat, and spoiling his grandkids.

Family remaining to cherish his memory are his wife of 43 years, Karen Hunley Rogers; daughters, Crystal Gibson and her husband, Rob, and Jessica Rogers and her husband, Jason; two beautiful grandchildren, Bailey and Nash Gibson; and many special nieces, nephews, and cousins.

Please come share your stories and love with the family from 2 to 4 p.m. and 6 to 8 p.m. on Friday, January 31, 2020, at the John M. Oakey & Son Funeral Home in Salem, Va. The service honoring Roy’s life will be held at 2 p.m. on Saturday, February 1, 2020, at First Wesleyan Church with Pastor Herb Shaffer and Rev. Greg Reynolds officiating. Interment will follow at Sherwood Memorial Park in Salem, Va.

The family wishes to extend their sincerest thanks to Mandy, Matt, Marcie, Carmelita, Jeanetta, Deborah, and all his caregivers at Amedisys Hospice of Roanoke, Va. Many thanks to our daughters, Crystal and Jessica, and to Rob Gibson and Jason Poe for their love and compassionate caregiving for their father.

Flowers are welcome or a donation can be made in Roy’s memory to the American Cancer Society. Online condolences may be expressed to the family by visiting by www.johnmoakey.com.
Read Less

We encourage you to share your most beloved memories of Roy here, so that the family and other loved ones can always see it. You can upload cherished photographs, or share your favorite stories, and can even comment on those shared by others.

Posted Feb 05, 2020 at 03:25pm
Karen, we are so sad to hear about Roy's passing. The two of you went through life arm in arm, leaving a void it will be impossible to fill. His kindness and vitality shine through in his photos, but his essence glows much deeper, and will continue to assert its presence in the good acts and family members he leaves behind. Much love to you, Crystal, Jessica and all those aching in his loss.
- Gail and Robert Steele
Comment Share
Share via:
J

Posted Jan 29, 2020 at 08:02pm
I was honored to work with Roy on the GE contract negotiations. He always wanted better and more for all GE locals. He was a kind man, a great leader and a good friend. Rock on my Brother Friend and know you made a difference to many. Rest In Peace ....Janet Bernard
Comment Share
Share via:
EA

Posted Jan 29, 2020 at 04:43pm
We are very sorry to hear of Roy's passing but rejoice that he has made the journey home to be with our Lord. We will see him again one day. Our prayers go up for the family who he has left behind. Edward & Brenda Arrington
Comment Share
Share via:
A

Posted Jan 29, 2020 at 10:22am
Roy was the pastor at Faith Wesleyan when my mother started attending the church in 2009. I was actively involved as well, made apple butter, helped with programs, sang and did finances when needed, and I got to know the Rogers family well during that time. Roy and Karen are great people who have influenced my life dramatically. I will miss seeing Roy when I come to Salem. God blessed their family and will continue too. My sincere condolences. -Amy Christiansen Janicki
Comment Share
Share via:
RT

Posted Jan 29, 2020 at 10:05am
It was such a pleasure to get to know Roy. He was one of the founding members of Virginia Alliance for Retired American.
Roy serves as a Vice President and current treasurer on its executive board. When I was president of the organization he was always one of the first to step up and do what was needed.
Not only giving his service he was a friend. Roy will be missed by me and all who had the pleasure of knowing him.
Roy loved his family and enjoy sharing his grandchildren with you. He was older when the grandchildren came in his life, but he sure did love them.
Prayers for peace and comfort during these times for Karen and family.
Ron Thompson 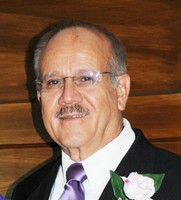 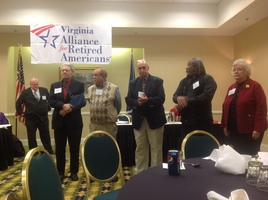 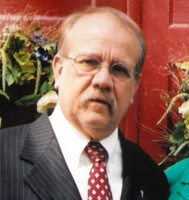