To share your memory on the wall of Robert Guthrie, Sr., sign in using one of the following options:

Provide comfort for the family by sending flowers or planting a tree in memory of Robert Guthrie, Sr.

He is survived by Brenda, his wife of 55 years; his son, Robert (Cheyenne) Guthrie, and his daughter, Deirdre Blessard, all of Salem; his grandchildren, Kaleigh Blessard (Lucas) of Atlanta, Spencer Guthrie of Woodbridge, VA, and Caleb Blessard of Savannah, GA; his brother, Richard Roope of Radford; his brother-in-law, Ronald (Connie) Moore of Louisa, VA; his sisters-in-law, Frances Russel of Salem and Vivian Sexton of Roanoke; and numerous friends, nieces, nephews, and cousins.

Friends may visit with the family from 4 - 5 p.m. on Sunday, March 1, 2020, at the John M. Oakey & Son Funeral Home in Salem, then a memorial service will follow at 5 p.m. with Pastor Ken Nienke officiating.

In lieu of flowers, his family requests donations be made to Good Samaritan Hospice for their compassionate care and understanding, or to the Fellowship Community Church building fund.

We encourage you to share your most beloved memories of Robert here, so that the family and other loved ones can always see it. You can upload cherished photographs, or share your favorite stories, and can even comment on those shared by others.

Danny and Malindy Ely sent flowers to the family of Robert Lewis Guthrie, Sr..
Show you care by sending flowers

Posted Feb 28, 2020 at 09:18am
We are so very sorry for your loss. Our thoughts and prayers are with you during this difficult time. A donation will be made to Hospice in Bobby's name. Richard and Michael Roop & Leslie Harris.
Comment Share
Share via:
ZP

So sorry to hear this. Prayers and condolences to everyone who was fortunate to have known Bobby. A lot of memories of visits at Jackie's. 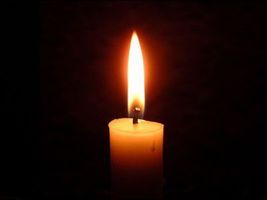