To share your memory on the wall of Phillip Layman, sign in using one of the following options:

Provide comfort for the family of Phillip Layman with a meaningful gesture of sympathy.

Phil was a Retiree from the United Association of Plumbers and Pipefitters Local Union 10, where he worked for 40 years, following in his late father’s foots... Read More
Phillip Thornton Layman, 60, of Roanoke, passed away on Monday, May 18, 2020.

Phil was a Retiree from the United Association of Plumbers and Pipefitters Local Union 10, where he worked for 40 years, following in his late father’s footsteps. He was a Northside High School 1978 graduate and attended Virginia Western Community College. He loved life and in his spare time would be found on his motorcycle with his wife, Donna.

Preceding him in death were his father, Harry T. Layman; and brother-in-law, William S. Shelton.

He was adored by his children and grandchildren. Three of his cousins, David Layman, Mary Spencer, and Rebecca Layman Kelly are given extra thanks by Phillip’s wife, Donna, for never leaving his side and making sure his transition to heaven was an especially peacefully one. The unconditional love shown by these three was beautiful.

Per Phil’s wish, a Celebration of Life service in a Masonic Lodge is tentatively set for mid-June. Online condolences may be expressed at www.johnmoakey.com.

Phillip, you are in heaven, finally at peace. No more searching for love that should have been given to you unconditionally. Rest easy, kick back, and be pain and worry free. You have earned your wings, now enjoy them!
Read Less

Receive notifications about information and event scheduling for Phillip

We encourage you to share your most beloved memories of Phillip here, so that the family and other loved ones can always see it. You can upload cherished photographs, or share your favorite stories, and can even comment on those shared by others.

Posted May 22, 2020 at 10:58pm
So sorry to hear of Phillip's passing. I had not been in touch with him since high school, but he and I "went together" in the 9th grade. That's what we called it back then instead of "dating." We went to the 9th grade prom together at Northside Jr. High and I remember his mom buying him a blue leisure suit to wear to the dance. They were the style back then and he looked really cute in it. Phillip always treated me well and used to play his guitar and sing Jim Croce songs to me over the phone. Obviously, our young romance did not continue, but I have really sweet memories of him. My heart goes out to his wife, mother, family and all those who loved him and I ask prayers for God's comfort to all who are feeling his loss.
Comment Share
Share via: 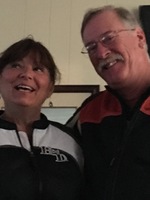 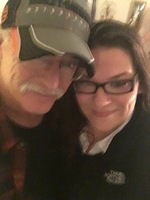 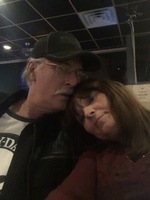 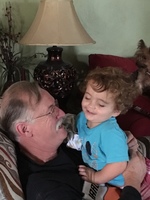