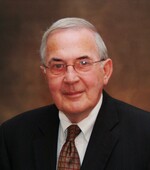 He was born in Roanoke County, a son of the late Curtis W. and Ethel Starkey Jewell and had been an area resident all of his life. He graduated from Andrew Lewis High School with perfect attendance and was an outstanding athlete. Paul was a Boy Scout growing up and was a member of the Order of the Arrow. An award-winning Master Photographer, he owned several studios through the years, most notably, The Deyerle Studio in Salem for over 25 years. Following his retirement, Paul continued to serve his community in various positions, lastly as a funeral assistant at John M. Oakey & Son Funeral Home. He was a member of First United Methodist Church of Salem and was a member of Taylor Lodge #23.

In addition to his parents, Paul was preceded in death by his wife of 54 years, Ann DeHart Jewell, and a brother, Edward Lee Jewell.

Funeral services will be held at 11AM, Monday, February 22, 2021 at the Chapel of John M. Oakey & Son, Salem. Chaplain David Vanderpool will officiate. Entombment next to his beloved Ann will follow at Sherwood Memorial Park. An online guestbook is available for family and friends by visiting www.johnmoakey.com.