To share your memory on the wall of Paul Gillespie, sign in using one of the following options:

Print
Paul Eugene Gillespie, 90, of Salem, went to be with the Lord, on Tuesday, October 6, 2020, surrounded by his loving family.

It was no secret to anyone that his faith in the Lord was everything to him. If you were asked how to describe P... Read More
Paul Eugene Gillespie, 90, of Salem, went to be with the Lord, on Tuesday, October 6, 2020, surrounded by his loving family.

It was no secret to anyone that his faith in the Lord was everything to him. If you were asked how to describe Paul chances are you would hear that he was a humble loving father, hard worker, writer, musician, as well as a devout Christian. Throughout his life he achieved many amazing things and was blessed with many extraordinary talents. He wrote poetry, as well as his own songs, was a talented gardener, and avid outdoorsman. In his younger years he served in the United States Air Force where he served for four years. He then went on to work for General Electric, from where he retired after thirty plus years of dedication. When he was not working chances are you would find him at the church teaching Sunday School, out hunting or fishing, or taking mission trips. Paul made several mission trips throughout his life to places such as Peru, Jamaica, as well as Japan. During one of his trips to Japan, he had the privilege of ministering to and teaching Japanese children the game called the “Gospel Box” using his favorite verse I Corinthians 15: 1-4. His brother Curtis Gillespie who is a Master Gardener, named a tomato after him called “Paul’s Big Yellow”. A person such as Paul is a rarity, all who had the privilege of knowing him will admit that he made a lasting impression on their lives. He will be deeply missed, however his legacy lives on.

Paul is preceded in death by his son, Timothy Gillespie.

Memorial contributions may be made to The Gideons International at www.gideons.org.
Read Less

Receive notifications about information and event scheduling for Paul

We encourage you to share your most beloved memories of Paul here, so that the family and other loved ones can always see it. You can upload cherished photographs, or share your favorite stories, and can even comment on those shared by others.

Donna & Dwayne Roye, Ron Gillespie, and other have sent flowers to the family of Paul Eugene Gillespie.
Show you care by sending flowers

I am extending my sympathy to you in the passing of Paul, and know that he is resting in Paradise now.
Comment Share
Share via:
D

Posted Oct 09, 2020 at 12:05pm
Our Hearts and Prayers go out to the Family of Paul , he was a kind and loving man and he will be deeply missed. The Roye Family
Comment Share
Share via:
DR

Posted Oct 09, 2020 at 10:45am
Dear family,
I am so sorry to hear that Paul has left this life but know that he is enjoying his first few days with Jesus. It was a pleasure for us at the Salem Senior Center to have Paul here with the Pickers. He was a very sweet man and even traveled with us. We will miss him terribly. You are all in our prayers.
Vickie Sword
Salem Senior Center
Comment Share
Share via:
PW

Posted Oct 09, 2020 at 02:59am
Had so much fun playing and singing w/ Paul at Salem Senior Citizen's Bluegrass Music on Mon & Fri. He was everyone's friend and always a bright smile and a big hello. He will be missed for sure. Bless the Family Members thru this sad occasion,
Comment Share
Share via: 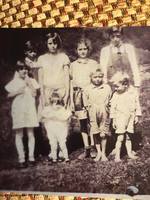 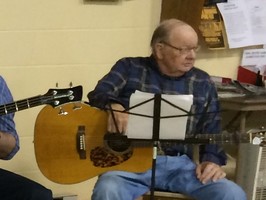