To share your memory on the wall of Max Irvin, sign in using one of the following options:

From growing up as one of seven children with many chores on a small farm in Crockett, Virginia during the great depression, Max learned the value of a dollar and the strength of an education – from school and from life experience. Bolstered by his naturally clever and adventurous spirit, from a young age Max transformed challenges into opportunities to learn and expand his horizons. This quest for knowledge was a constant theme in his life as he continuously read books, was intent on expanding his vocabulary, and learned from genuine connections with people.

Max took great pride in serving his country for over 20 years in the United States Air Force as a decorated fighter pilot and B-52 pilot. Over his career he flew many models of fighter planes and was stationed at several bases in the United States, Europe and Asia. He flew over 180 B-52 missions in the Vietnam war. He was highly respected for his aviation prowess and was viewed by his commanders and crew as the man you wanted with you in good times and bad. Max was one to ‘stand up and be counted’, by having courage to do what he believed in, even if difficult.

Max loved to travel and experience life from different perspectives. Some of his favorite memories and stories came from the Prospect of Whitby pub in England, a swimming pool in Guam, a survival course in the Black Forest in Germany, an advanced off-course skiing instruction in the Swiss Alps, rafting the New River, landing in a blizzard in Maine, and many adventures in Morocco. He also made many memorable cross-country road trips in the United States to visit friends and family and introduce some of them to the joys of travel. During his travels he picked up local expressions and regularly sprinkled them into conversations whether they were comedic French phrases or elaborate Thai love songs.

Max was known as a community supporter, often volunteering for Veterans and regularly appearing in local parades driving a vintage army jeep or pulling a float behind his tractor. Over the years, a common hobby was enjoying a wide array of vehicles, including building his own dune buggy and riding motorcycles in the mountains of Colorado and Virginia.

Max’s first and failed attempt at making biscuits at his job as a railroad chef at the age of twelve was met with diners flinging the hockey puck-like discs in a field. This reaction inspired a lifelong zest to master culinary skills. He evolved into an accomplished cook who delighted in preparing dishes ranging from the depression-era favorite of beans and cornbread to his celebrated pork green chile enchiladas.

Max left Crockett to explore and while he lived in many places around the world, he always returned home to the rolling hills of Crockett, to fresh spring water, and to a more familiar life, surrounded by good people.

Max, the adventurous boy, the dashing fighter pilot, the loving father and devoted friend, passed away in Virginia on October 11 at the age of 90. He was cherished by his parents, Melvin Tate and Verona Mae Irvin, and his siblings, Evelyn, Melvin, Janice, Sam, Jack and Keiffer, who will greet him in heaven. He is loved and survived by children, Rebecca, Patrick and Kristina, many nieces and nephews and extended family who will remember him for his strength of character, sound guidance, sense of fun and down to earth humor.

Receive notifications about information and event scheduling for Max

We encourage you to share your most beloved memories of Max here, so that the family and other loved ones can always see it. You can upload cherished photographs, or share your favorite stories, and can even comment on those shared by others.

Posted Oct 23, 2020 at 02:54pm
Max truly lived every second of life. I mostly remember the rides in the army jeep, and visits to Crocket. As a scholar and wordsmith, I always looked forward to his speeches at family reunions. The stories were always fantastic. Not sure if any others heard about "Hamus Alabama" the pet pig that flew fighter missions with him or that he once flew under the Golden Gate Bridge. A renegade, rebel, American legend in my mind always. God Bless.
Comment Share
Share via:
CC

Posted Oct 18, 2020 at 08:22pm
Uncle Max was always the ultimate daredevil - from flying missions in his B-52 bomber jet to riding his motorcycle around the small winding roads of Wythe County to all over the country. I remember when I was a child seeing him laid up in the bed in the "guest room" at the old homeplace after he had crashed and burned! But I think that nothing slowed Uncle Max down because he took advantage of whatever life offered him, and probably much more, certainly much more than most of us could ever dream possible. All of us had that special spot in our heart for Uncle Max, and we were blessed to have had him in our lives. Rest in peace, Uncle Max, and give our Dad a heartfelt hug. Catherine Kegley Irvin Chavarri
Comment Share
Share via:
RC

Posted Oct 16, 2020 at 08:56am
There are so many wonderful memories of Max! First, we shared the same birthday...which was the best! He always had a smile on his face and was always eager to share some of his wonderful stories and advice for life. He is quite possibly the best storyteller in the entire world! From yelling at us kids and often the animals too that he was "going to make a rug out of us" (jokingly of course), to telling stories from his service days of flying jets, and then getting to see him all dressed up in his service uniform for special holidays. He was always the same. Kind and gentle and always smiling and laughing and making sure that everyone around him was doing the same and having a good time. To this day, every time that I see or hear a fighter jet fly over, I smile and think of Max. Max, you were one of a kind and will be forever missed. Fly high until we meet again!

Posted Oct 15, 2020 at 09:04pm
Our love & sincere sympathy to Max's Family! He was beyond special to us. We were fortunate to share a number of years with Max when he returned to his beloved 'homeplace.' Never a dull moment..always filled with stories full of adventure! RIP our dear Friend! We will pick up where we left off one day! Until then, go rest high in the sky! We love you! Tyree & Donna
Comment Share
Share via: 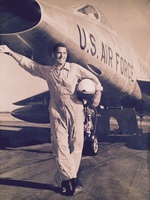 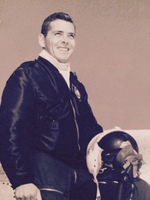 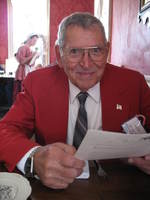 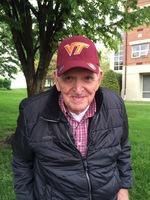