To share your memory on the wall of Lottie Reynolds, sign in using one of the following options:

Provide comfort for the family of Lottie Reynolds with a meaningful gesture of sympathy.

Lottie was a long-time member of Mason Cove Church of the Brethren and attended Greenhill Church of the Brethren. She is currently member of New Creation Ministries. Gospel music was a big part of her life and she found singing to be one of her greatest joys. She always had a song in her head and heart. She will be greatly missed.

The family will receive friends Tuesday, January 28, 2020 from 5 to 8 pm at John M. Oakey and Son, Salem. Funeral services will be conducted, Wednesday, January 29, 2020 at 11:00 a.m. at the chapel of John M. Oakey and Son. Interment will follow at Sherwood Memorial Park. In lieu of flowers, donations in Lottie’s name, may be made to New Creation Ministries, C/O Building Fund, 202 East 3rd St., Salem, Va. 24153. The family would also like to thank New Century Hospice for their loving care of Lottie. Condolences may be expressed by visiting www.johnmoakey.com.
Read Less

We encourage you to share your most beloved memories of Lottie here, so that the family and other loved ones can always see it. You can upload cherished photographs, or share your favorite stories, and can even comment on those shared by others.

Posted Jan 28, 2020 at 04:01pm
I remember when she lived on Craig’s Creek near my parents, Eugene & Florence Francisco. Dad & Mom traveled some with her and her second husband. She also helped me with info on the Francisco family tree.
I know she will missed by all. She was a wonderful lady.
Condolences to all the family,
Linda Francisco Hall
Comment Share
Share via:
LW

Posted Jan 27, 2020 at 06:15pm
We loved Lottie so much.Enjoyed talking to her at church.She was a great and wonderful lady.She will be missed.Love and prayers to all the family.We love you Lottie.
Comment Share
Share via:
WY

Posted Jan 27, 2020 at 04:05pm
Douglas and Bonnie . so sorry to hear of your Mom's passing. I know how it is to lose a Mother, Just know you are in my thoughts and prayers during this difficult time.

Posted Jan 27, 2020 at 10:30am
We all loved Lottie - especially back "in the day" when the sisters (a.k.a. Golden Girls) would get together and Sing! They all lived life to the fullest - without a doubt. We can all say Lottie lived a wonderful and full life! She's singing with her sisters and brothers in Heaven now.
Comment Share
Share via: 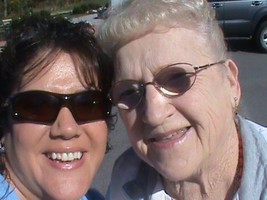 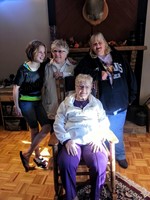