To share your memory on the wall of John Winegar, sign in using one of the following options:

Born in St. Josephs Hospital, in Burbank, CA, on September 18, 1948, he was the son of the... Read More
John Karl Winegar, 71, of Salem, Virginia (formerly of Downey, California), passed away Saturday, January 11, 2020 in the Salem VA Medical Center.

Born in St. Josephs Hospital, in Burbank, CA, on September 18, 1948, he was the son of the late Donald Raymond Winegar and Persis Ruth Peel, and was also preceded by a brother, Don “Pete” Winegar.

John was the husband of Cindy (Brode) Winegar. They would be observing their 30th wedding anniversary coming this May.

John graduated from Santa Monica High School in 1966. Then enlisted in December of 1966 and served proudly in the United States Air Force. He served during the Vietnam Era and received an honorable discharge. John worked in the oil industry for over 40 years including overseas, and refineries in El Segundo, CA and Paramount, CA. John was of Christian faith.

In addition to his wife, he is also survived by a stepson, John Wagner, and a granddaughter, Hailey Wagner. Along with a brother, Robert Winegar and his wife, Janette, sister-in-law Paula Winegar (wife of Don "Pete" Winegar) of Las Vegas, Nevada, three nieces, Lori, Karen, and Lynn; three nephews, Eric, Rob, and Danny and their children.

Per family wishes service will be private and at a later date.
Read Less 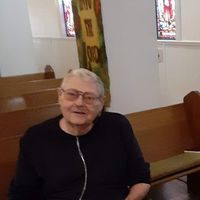