To share your memory on the wall of John Perdue, sign in using one of the following options:

Provide comfort for the family of John Perdue with a meaningful gesture of sympathy.

He was born to the late Harry and Louise Perdue on April 14, 1942, in Martinsville, Va.

Quince graduated from Martinsville High Sch... Read More
John Wilbur Quince Perdue, 77, went to be with his Lord and Savior on Monday, April 6, 2020.

He was born to the late Harry and Louise Perdue on April 14, 1942, in Martinsville, Va.

Quince graduated from Martinsville High School in 1961. He then attended Danville Technical Institute, where he earned a degree in mechanical engineering. Quince was employed by Mechanical Development Company in Salem, Va. In 1974, he founded Security Lock & Key Inc., where he worked as a locksmith.

Quince was married 46 years to Deborah “Dee” Perdue. They raised a daughter, Sandra, and two sons, John and Duane.

In addition to his parents, Quince was preceded in death by his brother, Cletus; sister, Joan; and son, Duane.

He is survived by his wife, daughter, son, six grandchildren, and three nephews.

Quince was laid to rest on April 9, 2020, following a private family funeral. A public Celebration of Life service will be held at a later date.

Receive notifications about information and event scheduling for John

Posted Apr 16, 2020 at 03:47pm
John, I was saddened to learn of the death of Quince. I pray that you and your family find solace in the promises of Christ. Jim Constantin
Comment Share
Share via:
MB

Posted Apr 14, 2020 at 12:18pm
Dee and family,
I was sorry to hear of Quience’s passing! Our prayers are with you and the rest of your family!
Comment Share
Share via:
JT

Posted Apr 14, 2020 at 09:53am
Very sorry to learn of Quince's passing. I knew Wilbur and brother Cletus from childhood on Jones Creek, Martinsville. They were both stand up guys. Quince was truly a good guy, always enjoyed talking to him when I would see him around Roanoke.
Comment Share
Share via:
KP

Posted Apr 14, 2020 at 09:51am
Dee, John,
I was deeply saddened to read of Quince's passing. I always enjoyed our little talks when I came in for AEP business. Loved the hunting stories for sure. All of you made me feel welcomed into your world. I lost my wife three years ago and Dee made me feel so comforted just with talking and sharing stories, I'll never forget that. Know that you guys are in my prayers once again. 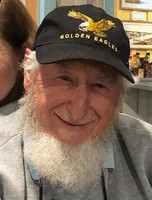