To share your memory on the wall of John Jacobson, sign in using one of the following options:

Provide comfort for the family of John Jacobson with a meaningful gesture of sympathy.

He was born in Park Ridge, Il, a son of the late Nils and Frances Jacobson and had been an area resident since 1981. He was employed as a warehouse supervisor with Va... Read More
John F. Jacobson, 62, of Salem, passed away Sunday, November 24, 2019.

He was born in Park Ridge, Il, a son of the late Nils and Frances Jacobson and had been an area resident since 1981. He was employed as a warehouse supervisor with Valley Tile Distributors for over 37 years, retiring in 2018. He served as a youth sports coach, enjoyed playing golf, loved the Chicago Cubs and had a passion for animals.

He is survived by two sons, Taylor and Lee Jacobson; two grandchildren, Townsend Paul and Aiden Nils Jacobson; his former spouse, Mary Dodd Jacobson, and his brother and sister, Steve and Lisanne.

A celebration of life service will be held at a later date. An online guestbook is available for family and friends by visiting www.johnnoakey.com.
Read Less

Posted Feb 02, 2020 at 03:30pm
I don't even know what to say. I am in shock. John was one of my best friends in life. We met at Maine South HIgh School, sang in the choir together, became fast friends, and he was part of a small, extremely close circle of friends throughout high school, during college years and beyond. We called him "Jake." We teased him because his folks did well—his dad, Nils, was President of O'Hare International Bank (where I worked in high school), and they lived in a beautiful home on the "good side of town" in Park Ridge, just outside of Chicago. They belonged to the Park Ridge Country Club, where Jake devoloped a love and talent for golf. "Tempo," he would say before nearly every shot, "Just like Fran (his mother) taught me. One, two, three." He had the smoothest golf swing I ever saw.

After high school his folks moved to Charlotte and bought two Gingiss Formalwear franchises, one in Charlotte and one in Greensboro for John to manage. In 1978, after visiting him there, I made the decision to move to Greensboro, and John and I were roommates for several years. We spent our days working at Carolina Cirlce Mall in Greensboro, he at the Gingiss store, and me at the other end selling appliances at Montgomery Ward. Our nights and weekends were spent together enjoying the two loves of our lives at the time—golf and the Beatles. I believe it was 1980 when he married Mary Shipley Dodd. I was a groomsman at their wedding in Salem, where they moved to manage Mary's father's tile business. By 1982 I moved back to Chicago, and through the years, distance and family life caused us to drift apart a bit. We rekindled about 15 years ago, and for a few years I made an Easter break pilgrimage to Salem and we would play golf and reminisce. We had both gone through some changes, but at the core we were still kindred spirits, sharing old memories, new challenges, but above all a connection whose soundtrack was the music of our beloved Beatles. I had not heard from Jake in a couple of years, and I have periodically emailed and texted him in the hope that we could re-establish a connection before it was too late.

I just saw this obituary an hour ago, having just sent Jake an email and text this morning. My shock is palpable, and the grief is almost unendurable. Jake was one of the sweetest people I ever met. I know very little about his later years, but I think I know who he was as well as anyone alive. From the time he was fourteen years old, he was uproariously funny, generous to a fault, and as passionate about the people and things he loved as anyone I've ever met. My life was exponentially better for having known him, and I will never fully recover from losing him.

My deepest condolences to his sons and his family and Salem and Greensboro friends. I now begin the burden of sharing the news with the many people here in Chicago who loved him so much. Goodbye, my dear, dear friend. 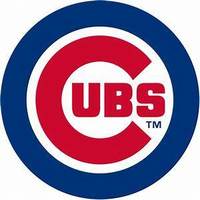 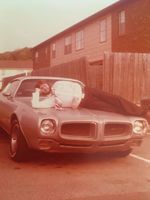