To share your memory on the wall of John Fennick, sign in using one of the following options:

He was born on December 12, 1929. He served in the Air Force during the Korean War. John graduated from the University of Connecticut with a master’s deg... Read More
John Hamilton Fennick, 90, of Roanoke, Va., died on Saturday, October 10, 2020.

He was born on December 12, 1929. He served in the Air Force during the Korean War. John graduated from the University of Connecticut with a master’s degree in Electrical Engineering. He retired from Bell Telephone Laboratories in 1984, and in his retirement he concentrated on statistical studies as a consultant.

He is survived by his wife of 52 years, Sally; sons, Robert and David; and grandchildren, Amanda and Holly.

Receive notifications about information and event scheduling for John 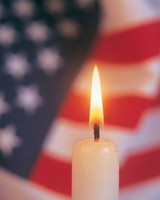