To share your memory on the wall of Jerry Newman, sign in using one of the following options:

Provide comfort for the family of Jerry Newman with a meaningful gesture of sympathy.

He graduated from Jefferson Senior High School and went on to receive Bachelor of Arts and Master of Arts degrees in Int... Read More
Jerry Newman, 81, born in Roanoke, Va. on August 26, 1938, passed away in Rancho Mirage, Calif. on January 20, 2020.

He graduated from Jefferson Senior High School and went on to receive Bachelor of Arts and Master of Arts degrees in International Economics from the George Washington University. Upon graduation, Mr. Newman went to work for the US Treasury Department in Washington DC. He spent his entire career with the US Treasury in various capacities before retiring in January 1994. He served as Assistant Treasury Attaché in the US Embassy in Rome and later as Treasury Attaché and Financial Counselor at the US Embassy in London. In Washington, he served a Director of numerous offices including the Office of International Banking and Portfolio Investment, the Office of Developing Nations, the Office of East-West Relations and the Office of Financial Services Negotiations. In the latter capacity, he negotiated a number of international agreements, among them the Binational Industrial Research and Development (BIRD) agreement, the $2 billion Polish Stabilization agreement between that country and the US, the EU and several Middle Eastern countries and the financial services agreement as part of the global GATT agreement.

After retiring, Mr. Newman moved to Palm Springs, Calif. He entered the Certified Financial Planners program which he successfully completed and received his certificate. Using that education, he helped senior citizens manage their financial affairs on a pro bono basis for many years. Since moving to Palm Springs, Mr. Newman was Treasurer and President of the Board of the Homeowners Association of the condominium community where he resided. He lived in Palm Springs until his death.

His passions included global travel, the fine arts, preparation of foods from around the world, and philanthropic causes, especially the fight to deal with hunger in the U.S.

He is survived by his sister, Frances; and numerous cousins.

We encourage you to share your most beloved memories of Jerry here, so that the family and other loved ones can always see it. You can upload cherished photographs, or share your favorite stories, and can even comment on those shared by others. 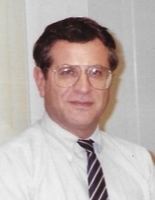