To share your memory on the wall of James Brickey, sign in using one of the following options:

Print
On Sunday October 11, 2020, James Douglas Brickey unexpectedly went to be with our Lord and Savior.

He was born on September 27, 1968, in Salem, Va. Doug graduated from Salem High School in 1986. He later deployed to the Middle East to... Read More
On Sunday October 11, 2020, James Douglas Brickey unexpectedly went to be with our Lord and Savior.

He was born on September 27, 1968, in Salem, Va. Doug graduated from Salem High School in 1986. He later deployed to the Middle East to fight in Desert Storm as a United States Marine Corps Combat Engineer.

After returning home from Desert Storm, he married Rita Wheeler and became the stepfather of Taylor Arrington. Soon after, he was able to celebrate the birth of his son, Cody Brickey, and his daughter, Autumn Brickey. Doug grew up helping his father with roofing and carpentry work. Doug enjoyed spending time with his family more than anything. He was always willing to lend a helping hand to those around him whether it was taking care of his mother, working on things at his church, or doing something for his kids. He was an amazing father to Cody and Autumn, and a father-in-law to Cody’s wife, Lindsay, and Autumn’s husband, Scott.

Doug was preceded in death by his father, Nolan Brickey.

He is survived by his mother, Wanda Brickey; his ex-wife and mother of his children, Rita Wheeler; his step-daughter, Taylor Arrington; his daughter, Autumn Poage and her husband, Scott; his son, Cody Brickey and his wife, Lindsay; and his brother, Duffy Brickey. He will forever be loved and missed by those he left behind while we have the peace of knowing we will see him again one day. 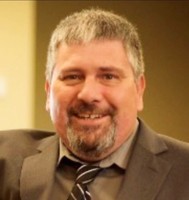