To share your memory on the wall of Jack Tysinger, sign in using one of the following options:

Jack was the superintendent of laundry and linen services with Servitex for many years and was the co-owner of Aerial Way Self Storage in Roanoke, Va. from 1999 to 2010.
When he was younger, Jack, liked to hunt and fish as much as possible. Being outdoors was his passion and Jack wanted to be outside whenever he could. He never backed down from any challenge of repairing anything others thought of being unrepairable. Jack was known as a “jack of all trades,” where his carpentry skills were appreciated and left those around him in awe of his skills. At the age of nine, Jack’s gift of playing the drums became real. He eventually, along with mutual friends of music, formed a band called “The Four Jacks.” Using his talent, Jack performed with artists such as Elvis Presley, Billy “Crash” Craddock, as well as Bill Deal and the Rhondals. His musical abilities also led him to record and perform 4 songs with Billy “Crash” Craddock. Above it all, the love he had for his wife and family will always be remembered as a wonderful and much cherished memory.

In addition to his parents, Jack was preceded in death by his wife, Helen Marlene Howie Tysinger; son-in-law, Gregory L. Goehring; and sister, Jane Cagle.

A celebration of Jack’s life will be held in Thomasville, NC at a later date. In lieu of flowers, please plant a tree.

Receive notifications about information and event scheduling for Jack

We encourage you to share your most beloved memories of Jack here, so that the family and other loved ones can always see it. You can upload cherished photographs, or share your favorite stories, and can even comment on those shared by others.

Posted Jun 16, 2020 at 01:00pm
I will always remember Jack, from High School until now. My deepest sympathies to his family. He always spoke lovingly about his "girls", and his grandchildren, he was so proud of them..and his baby sister. His love for Marlene was never ending. I'm sure there will be a big celebration in Heaven. Rest in peace my dear friend.
Comment Share
Share via:
DD

Posted Jun 15, 2020 at 12:36pm
I was sorry to read about your loss of your father. Jack was fun to talk to and work with. He and your mother, Marlene, were my clients for a number of years and it was a pleasure to work for them. God bless you on your loss.

Posted Jun 13, 2020 at 12:05am
Daddy,
Our hearts are broken that you are no longer with us. We miss and love you dearly but we know it was your time to go be with Mom and Sassy and all of the family waiting for you in heaven.
Give Greg and Mom, Sassy, Buddy ,Rooster and Buck a big hug and kiss for us.You are forever in our hearts.
All our love,
Jacki, Cody and Carly .
Comment Share
Share via: 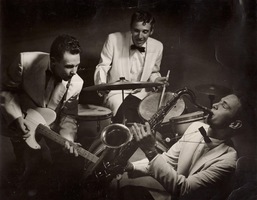