To share your memory on the wall of Harry Messimer, sign in using one of the following options:

Print
There is a tour bus leaving for Heaven and Harry is your driver. Harry Lee Messimer, 91, of Salem, passed away on Tuesday, September 29, 2020.

Harry was born on May 31, 1929, in Elizabethton, Tenn. to the late Amy and John Messimer. He... Read More
There is a tour bus leaving for Heaven and Harry is your driver. Harry Lee Messimer, 91, of Salem, passed away on Tuesday, September 29, 2020.

Harry was born on May 31, 1929, in Elizabethton, Tenn. to the late Amy and John Messimer. He proudly served in the US Navy during the Korean War from 1951 to 1955. He drove a Greyhound bus from 1956 to 1988. After retiring from Greyhound, he drove for Abbott Tours for 24 years. He was a volunteer at the Virginia Museum of Transportation at which he created an exhibit of bus memorabilia and audio of stories from his driving experiences. He considered everyone he met as his friend.

He was an active member in American Legion Post 248, VFW, Republican National Committee, a 63-year member of Free Mason Dashell Lodge #238, Royal Arch Chapter 214, Masonic Knights Templar of Tennessee, and the Kazim Temple of Roanoke. He cherished the friends he acquired in his square-dancing days.

A celebration of Harry’s life will take place on Friday, October 2, 2020, at the CommUNITY Church in Salem, Va. A period of visitation will begin at 10 a.m. with the service beginning at 11 a.m. Pastor Dan Carawan will officiate.

In lieu of flowers, contributions may be made to the CommUNITY Church’s children’s ministry. Online condolences may be expressed at www.johnmoakey.com.
Read Less

Receive notifications about information and event scheduling for Harry

We encourage you to share your most beloved memories of Harry here, so that the family and other loved ones can always see it. You can upload cherished photographs, or share your favorite stories, and can even comment on those shared by others.

Posted Oct 04, 2020 at 07:01am
Linda, I'm so sorry to learn of Harry's passing. He was a very special fellow and will be missed. The contribution he made to the Travel Museum was so important and touched my heart. Much love and sympathy to you and his family. Gail Hamblin Platter
Comment Share
Share via:
ST

Posted Oct 01, 2020 at 01:34pm
Linda - We are so sorry to hear about Harry's passing. We enjoyed our time at The Roanoker getting to visit with you both. We will keep you and the rest of the family in our thoughts and prayers. Tommy Mullins and Susan Thurman.
Comment Share
Share via:
VS

Posted Oct 01, 2020 at 09:21am
Dear family,
I'm so sorry for your loss. Harry was one of the sweetest men I've ever known. Please know that you are in our prayers.
Vickie Sword
Salem Senior Center
Comment Share
Share via:
DJ

Posted Oct 01, 2020 at 07:13am
Linda, so very sad to hear of Harry’s passing. You are right the tour bus to Heaven certainly has Harry at the wheel. Always a pleasure to see you & Harry. Always knew my bus collection went to a great exhibit at VMT. Take care of yourself and know you are in our thoughts and prayers. 🙏🏻😇🙏🏻 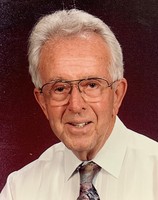