To share your memory on the wall of George Watts, sign in using one of the following options:

It is difficult to find words that would truly define George. A kind and compassionate hearted man, he lived his life to the fullest e... Read More
George Douglas Watts,78, of Salem, entered his heavenly hunting grounds on Thursday, November 5, 2020.

It is difficult to find words that would truly define George. A kind and compassionate hearted man, he lived his life to the fullest each day. A dedicated civil servant, he retired from the Virginia State Police Department after twenty-seven years, then went on to continue to serve his community as a Deputy with the Botetourt County Sheriff Department from which he retired after ten years of service. Law Enforcement was indeed a large part of his life, however, if he were not in uniform chances are you would find him hunting, or stripper fishing. You never knew what he was going to do, he would often leave you in suspense wondering what he would pull off next. Up until a month prior to falling ill, at the age of 78, you would still find him keeping up with or outdoing the young guys of his hunting party. One thing that some did not know about George was that he had a sincere love for children, especially his grandkids. He has left behind a legacy for his family to carry on, one of strong morals, determination, faith, and compassion for all people. An inspiration to many, he will be deeply missed by all who had the privilege of knowing him.

He is preceded in death by his parents, James and Nora Watts; departed spouse, Geraldine Watts; as well as a sister, Rebecca Smiley.

The family will receive friends on Monday, November 9, 2020, from 6 – 8:00 p.m. in the chapel of John M. Oakey Son Funeral Home, Salem, VA. A graveside service will be held on Tuesday, November 10, 2020, at 11:00, at Sherwood Memorial Park, with law enforcement honors being rendered by the Virginia State Police. Pastor Mike Honaker will be officiating.
Read Less

Receive notifications about information and event scheduling for George

We encourage you to share your most beloved memories of George here, so that the family and other loved ones can always see it. You can upload cherished photographs, or share your favorite stories, and can even comment on those shared by others.

Posted Nov 13, 2020 at 05:27pm
Dearest Suzanne and family I am so sorry for your loss! Remember, death can take all things save one, LOVE remains, for love alone is real! May love surround you, comfort you and touch your heart with hope. George meant so much to everyone who knew him and he will be missed by all of us. With love. prayers and my deepest sympathy,
Verlyne Simmons Key (Class of 1960 Jefferson High School)
Comment Share
Share via:
HS

Posted Nov 09, 2020 at 12:33pm
Please accept our most heartfelt sympathies for your loss... Our thoughts are with you and your family during this difficult time.

Flowers were purchased for the family of George Watts. Send Flowers

Posted Nov 09, 2020 at 11:40am
George and I attended the 48th session of the state police academy in 1968. Meeting him for the first time and spending the length of the training together, he and I became friends which lasted throughout our careers. I remember George being either first or second in our class. The many times I saw George at Salem Headquarters, he was enjoyable to be around due to his demeanor, always a smile on his face and willing to be of assistance. I send my sincere condolence to his family.
First Sergeant David F. Dean, Retired.
Comment Share
Share via:
NT

Posted Nov 08, 2020 at 08:53pm
George was one of kind. He has been a part of my life since early teens when I first became friends with Julie and as we grew older became to be a great friend to my husband. He will truly be missed. Rest in peace George. Always be in our hearts! Our prayers are with his family during this difficult time!
Comment Share
Share via:
JT 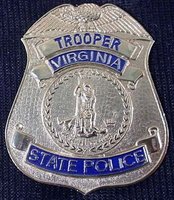 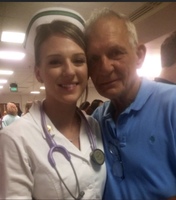 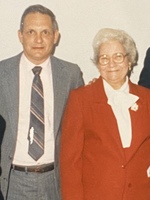 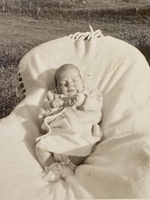