To share your memory on the wall of Gary Gaking, sign in using one of the following options:

Print
Gary Neil Gaking, age 85, of Mount Pleasant, SC, formerly of Roanoke, VA went to be with the Lord on Wednesday, October 9, 2019.

Born on Friday, March 2, 1934 in Jenkins, Kentucky to the late Jack and Zelda Adams Gaking. He enlisted int... Read More
Gary Neil Gaking, age 85, of Mount Pleasant, SC, formerly of Roanoke, VA went to be with the Lord on Wednesday, October 9, 2019.

Born on Friday, March 2, 1934 in Jenkins, Kentucky to the late Jack and Zelda Adams Gaking. He enlisted into the US Air Force when he was 19 years old and served a distinguished career for over 20 years, including the Korean War conflict. Most of his career in the Air Force, he served in the computer field. After retirement from the military he worked for Norfolk and Southern Railway for almost 20 years. Gary became a Christian in mid-life and his wife, Arlene followed him. Gary was active in ministry at Grace Church in Roanoke, VA. He loved tennis and during his retirement years was passionate about golf. He was known as a loving husband, father, and grandfather.

Online condolences may be directed to the family at www.johnmoakey.com
Read Less

Receive notifications about information and event scheduling for Gary

We encourage you to share your most beloved memories of Gary here, so that the family and other loved ones can always see it. You can upload cherished photographs, or share your favorite stories, and can even comment on those shared by others.

Posted Oct 16, 2019 at 05:55pm
Gary was a special guy and I am sorry that we have lost him. But now he is healthy again and happier than ever. Bob Haun for Diane and the staff
Comment Share
Share via: 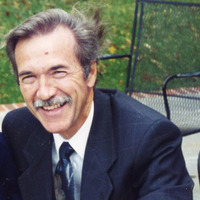