To share your memory on the wall of Frederick Wendorf, sign in using one of the following options:

Print
Frederick Lee Wendorf, 74, of Salem, Va., passed away on Wednesday, February 19, 2020, after a prolonged illness.

Fred was born on October 9, 1945, at Jacksonville Naval Air Station in Yukon, Fla. He attended Cave Spring High School and Fork Union Military Academy. Fred was a graduate of Wake Forest University with majors in Political Science and Communications, and was a member of the Kappa Alpha Order. Fred went on to serve as VP of Marketing for Dynamics, Inc. and founded American Independent Marketing Inc. where he served as President & CEO until 1973. He later formed a consulting company, Limited Editions Ltd. In 1988, he founded Commercial Leasing Corporation and Lenders Leasing Corp (trading as Lease Southeast) as well as Equipment Distribution Systems (EDASCO). Fred was also involved in the executive management of AL&F Limited Partners and Wendorf Family, LLC.

A T1D himself, Fred was a staunch advocate for Juvenile Diabetes research. He was proud to be a past President and board member of the Greater Blue Ridge Chapter of the Juvenile Diabetes Research Foundation. He was instrumental in helping to build funding for the continuing search for a cure for diabetes, the third leading cause of death in the US.

A funeral service will be held at 1 p.m. on Tuesday, February 25, 2020, at Covenant Presbyterian Church located at 1831 Deyerle Road SW in Roanoke, Va., with Dr. Kyle Allen and The Rev. Dr. Bill Jeffries officiating. Fred will be laid to rest in the Belvedere Gardens Mausoleum at Sherwood Memorial Park in Salem, Va. There will be a gathering of Fred’s friends and family at Mac & Bob’s in Salem following the service at Sherwood.

In lieu of flowers, memorial contributions may be made to the Juvenile Diabetes Research Foundation or the charity of your choice. Online condolences may be expressed at www.johnmoakey.com.
Read Less

Receive notifications about information and event scheduling for Frederick

We encourage you to share your most beloved memories of Frederick here, so that the family and other loved ones can always see it. You can upload cherished photographs, or share your favorite stories, and can even comment on those shared by others.

Posted Feb 27, 2020 at 12:54pm
Recall many pickup basketball games with you, Fred, and our occasional basketball trips. You were a great guy and will be missed. Your dedication to the fight against Juvenile Diabetes was well beyond admirable. RIP
Comment Share
Share via:
RS

Posted Feb 23, 2020 at 09:18pm
I knew Fred thru the SHAG CLUB. Always the gentleman in dress and deed. And
One of the best dancers there.
My condolences to his family and friends.
Charlotte Moore.
Comment Share
Share via:
PM

Posted Feb 23, 2020 at 09:17pm
I was so sad to learn of Fred's passing and having known him since I was 16 years old it will not be the same not to see Fred dressed to the 9 with his beautiful smile and having a great time dancing. Fred was such a gentleman and well liked by everyone he came across and will be sadly missed but not forgotten. Your Friend, Patsy Weaver Murphy
Comment Share
Share via: 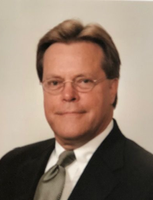