To share your memory on the wall of Frances Ehlenfeldt, sign in using one of the following options:

Receive notifications about information and event scheduling for Frances

We encourage you to share your most beloved memories of Frances here, so that the family and other loved ones can always see it. You can upload cherished photographs, or share your favorite stories, and can even comment on those shared by others.

Nancy Davis and Stephanie Flowers sent flowers to the family of Frances Ehlenfeldt (McGhee).
Show you care by sending flowers

Posted Sep 18, 2020 at 11:29am
Greetings Lisa and Dawn, your mother and my parents share connections, both family & friends. My father, Delma Young, and Frances were cousins. And my mother’s sister, Julia Metz, was very close to your family while you were in Miami. I have fond memories of your mother. She was so outgoing and always interesting to talk to. Dawn, I remember you and your mother attending a family reunion at my home many years ago. I would like to get together in the near future. Perhaps our cousin Judy Ingram Rayburn could join us.
I will remember your and your family in my prayers.
- Julia Young Bennett
Comment Share
Share via:
ND

Posted Sep 17, 2020 at 07:58pm
My love And condolences are with you,Lisa and Dawn... your mom had to be a special lady to have two wonderful and beautiful daughters as you. Love u.

Posted Sep 17, 2020 at 11:01am
Lisa and Dawn, We were so sorry to hear about your mother. The times I met her, she was such a sweet lady. You are in our thoughts and prayers, With sympathy, Al and Judy Ingram Raborn
Comment Share
Share via:
SF

Posted Sep 16, 2020 at 12:25pm
We were so sorry to hear about your Mom. I know she was a wonderful person and a great lady. Just look at the two if you Much love. Nancy and Herbie

Flowers were purchased and a memorial tree planted for the family of Frances Ehlenfeldt. Send Flowers 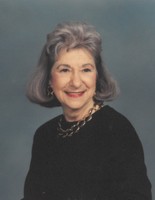