To share your memory on the wall of Elizabeth Pettrey, sign in using one of the following options:

Provide comfort for the family of Elizabeth Pettrey with a meaningful gesture of sympathy.

Beth was born November 24, 1952, in Logan, WV to James and Rose Brafford. She moved to Roanoke in 1970 to attend National Business College. She married the love of her life Alvin Earl Pettrey, on February 10, 1973. She had a very successful career path, which included time at Virginia Western Community College, Salem High School and eventually working directly at the Salem City School Board office. When she was not spending time with her family, she was active in the community, spending time with her friends in the Agape Connect Group of First Baptist Church or hosting ‘Chat and Chew’ parties, as well as being, was known for constantly spending time with her close friends. When she wasn’t out in the community enriching people’s lives, she was working on her yard or helping her daughter at her first house. She was a very crafty person who enjoyed not only gardening but also quilting and sewing projects. Since the birth of her grandson Logan, she has done everything she could to be involved in his life and spending as much time as she could with him, including watching over him during the workdays as needed. She also used her sewing and quilting talents to make everything from blankets, clothes, to burping cloths for him and as well as his nursery, he was truly the apple of her eye.

A private chapel funeral service will be held on Tuesday, April 21, 2020, at 2:00 p.m. at John M. Oakey & Son Funeral Home, in Salem. Friends and family members can be a part of the service by viewing the live stream feed located on the funeral home’s website. Beth will be laid to rest immediately following the service at Sherwood Memorial Park.

Online condolences can be made, as well as accessing the live stream of her service, can be found by visiting the funeral home’s website at, www.johnmoakey.com.

Receive notifications about information and event scheduling for Elizabeth

We encourage you to share your most beloved memories of Elizabeth here, so that the family and other loved ones can always see it. You can upload cherished photographs, or share your favorite stories, and can even comment on those shared by others.

David & Debbie, ExxonMobil Process Division Family, and others have sent flowers to the family of Elizabeth Ann Pettrey (Brafford).
Show you care by sending flowers

Posted Apr 26, 2020 at 12:08pm
Nancy and I were surprised and saddened to hear of Beth's passing, and extend our sympathies to Earl and family. May fond memories bring you some comfort at this difficult time. God bless,
Tom and Nancy Burns
Comment Share
Share via:
JE

Posted Apr 25, 2020 at 04:06pm
Remembering a wonderful colleague and friend. Beth always had a smile and kind words for everyone.

Posted Apr 23, 2020 at 09:32am
Beth was such a kind, caring and helpful lady. She took such good care of my needs during my time off from a fall at school. I will forever be grateful for her protection and wisdom. Gone too soon.

Posted Apr 22, 2020 at 01:30pm
When we think about the legacy of Beth Pettrey, we think about two words, beauty and kindness.
Beth loved all flowers and plants and trees growing at her home. She always saw potential in every growing thing to be prettier or better than the one that grew last year. She could visualize how to improve the look of anything in her yard, whether it be taking care of her flowers or keeping the hummingbirds fed. Everyone who came there enjoyed the beauty that she and Earl created.
Beth was always kind and friendly to whomever she interacted with. We knew her as a good neighbor and personal friend, and as a co-worker in the school system. She was such a role model for civility, such a delightful and welcoming person.
We wish for Earl, Jason and family, and Jessica and family, love and the hope of peace in the coming days as they remember what Beth showed others in the world by example. We will miss her so.
Michael and Myra Crew
Comment Share
Share via: 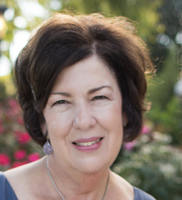