To share your memory on the wall of Donald Lawrence, sign in using one of the following options:

Provide comfort for the family of Donald Lawrence with a meaningful gesture of sympathy.

Wayne is remembered for being a jack of all trades. He spent his career working as an auto mechanic, and in his spare time was always tinkerin... Read More
Donald Wayne Lawrence, 68, of Salem, went to be with the Lord on Wednesday, January 15, 2020.

Wayne is remembered for being a jack of all trades. He spent his career working as an auto mechanic, and in his spare time was always tinkering with some sort of project. Anything he could work on or repair he would spend his free time doing just that. He had a heart of gold and was willing to do anything he could for anyone. He will be deeply missed by his family and especially his grandchildren.

He is preceded in death by his parents Charles Douglas “Boots” and Mildred Pauline Lawrence.

The family will receive friends on Saturday, January 18, 2020, from 2-4 p.m. at John M. Oakey & Son Funeral Home, in Salem. Per his request, no memorial service will be held.
Read Less

We encourage you to share your most beloved memories of Donald here, so that the family and other loved ones can always see it. You can upload cherished photographs, or share your favorite stories, and can even comment on those shared by others. 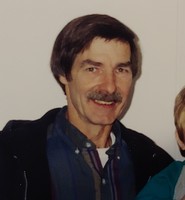