To share your memory on the wall of Donald Dooley, sign in using one of the following options:

Donnie was no stranger to hard work and faithfully served the citizens in Roanoke City within the water and sewer department, for over 25 years prior to retiring. He was proud that he was able to be a part of the team that helped in the pipe laying project at Carvins Cove that supplies Roanoke and surrounding areas with drinking water. Donnie had a love for old cars, motorcycles, and boating, and could be found bowling at times, however, his passion in life was fishing. Especially his deep-sea fishing in the search for Marlin.
Above all, he will be remembered as a loving husband, father, grandfather, and friend to anyone that truly knew him. He will be missed!

In addition to his parents, Donnie was preceded in death by his brother, Elwood Damon Dooley; and his sister, Arbadella Dooley.

Funeral services to honor Donnie’s life will be conducted on Wednesday, August 26, 2020, at 2 p.m. at John M. Oakey & Son funeral home in Salem, with Pastor Chris Kingery officiating. Interment will follow at Sherwood Memorial Park in Salem. The family will receive friends from 1 p.m. until time of service on Wednesday at the funeral home.

Expressions of sympathy may be expressed by visiting www.johnmoakey.com
Read Less

Receive notifications about information and event scheduling for Donald

We encourage you to share your most beloved memories of Donald here, so that the family and other loved ones can always see it. You can upload cherished photographs, or share your favorite stories, and can even comment on those shared by others.

Phyllis Hypes and Love, Peggy and Carolyn sent flowers to the family of Donald Odell "Donnie" Dooley.
Show you care by sending flowers

Posted Aug 27, 2020 at 11:37am
Donnie and my husband Ricky worked together at the water department City Of Roanoke over 20 years. They went fishing together and boating. The were very close friends. Praying for your family Jean we are so sorry for your loss. Ricky and Linda Wilson
Comment Share
Share via:
CG

My heartfelt sympathy for your loss of Donnie and caring prayers for you and your family. 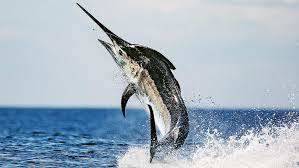 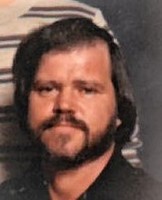