To share your memory on the wall of Daniel Smith, sign in using one of the following options:

In addition to his parents, Dan was preceded in death by his wife of 31 years, Martha Sue Williams Smith; and his brother, David.

The family will receive friends on Sunday, November 15, 2020, from 1 until 3 p.m., at John M. Oakey & Son Funeral Home, in Salem.
A celebration of Dan’s life will be conducted on Sunday, at 3 p.m., following visitation, in the funeral home chapel, with Pastor Dan Carawan officiating.

A celebration of Dan’s life will be conducted on Sunday, at 3 p.m., following visitation, in the funeral home chapel, with Pastor Dan Carawan officiating.

Receive notifications about information and event scheduling for Daniel

We encourage you to share your most beloved memories of Daniel here, so that the family and other loved ones can always see it. You can upload cherished photographs, or share your favorite stories, and can even comment on those shared by others.

Posted Nov 14, 2020 at 09:02pm
The best guy I ever knew in my life...kind and caring for all he ever knew, Rest in peace my dear with your loving wife Martha. You will be forever loved and missed in our lives always, you were an angel sent from above to so many. Love and miss you dearly my friend .
Comment Share
Share via:
HS

Flowers were purchased and a memorial tree planted for the family of Daniel Smith. Send Flowers

Just know he sits beside her, in a peaceful, loving gaze

Their spirits run freely here, you will find them in different ways

They will send you signs they are with you, guiding you each and every day

The journey will not be easy but they will pave a path
Walk with you down that road, loving you til the last

The minute I met Dan, it was like I had known him for years. He was a free spirit with a heart of gold. I loved hearing him talk about his wife, his children and most of all, seeing him enjoy himself on the dance floor.
Sending all his family and friends lots of love, peace and comfort.
Comment Share
Share via: 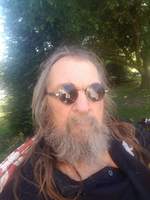 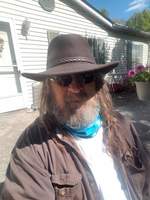