To share your memory on the wall of Alan Shreeman, sign in using one of the following options:

Alan Shreeman was born and raised in Philadelphia, Pa., the only child of Arthur and Ethel Shreeman. After graduating from Olney High in 1956, Alan served in the Army. He met the eye-catching beauty who would become his wife, Karen Goldstein, in 1961 at a B’nai Brith Young Adults meeting. After receiving his degree from Philadelphia College of Textiles & Science in 1965, the newlyweds moved south to Waynesboro, Va.

Alan and Karen soon made their way over to Roanoke where they established themselves in Southwest County and became a vital part of Roanoke’s small Jewish community. Alan earned a shelf full of bowling trophies and whiled away many an afternoon in his prized vegetable garden. He sprinkled gratitude and loving kindness everywhere he went, often in his own salty and humorous way.

Alan retired from a career in purchasing at ITT Night Vision in 2006 where he amassed friends and colleagues who will remember him fondly as the life of the party. He then enjoyed several years in a retirement job in guest services for Home Depot. He was a dedicated servant of Beth Israel Synagogue, where he became a much-anticipated mainstay in the annual Purim stage show.

Alan was deeply proud of his best friend and son, Joshua Shreeman, daughter-in-law, Marnie Shreeman, his daughter, Andrea Shreeman (Woodland Hills, Calif.), son-in-law, Tomás Moreno, and his grandchildren, Madelaine Rose, Olivia Grace and Maverick Soul, who along with Karen, his loving wife of fifty-six years, will hold his indelible memory in their hearts.

“Up in the air Junior Birdman!”

Due to social gathering limitations, attendance graveside is restricted, but the service at 2 p.m. on Friday, April 17, 2020, will be streamed by the family on Zoom. A digital Celebration of Life is also being planned.

In lieu of flowers, the family suggests donations to Beth Israel Synagogue at 920 Franklin Road in Roanoke, Va. 24016.
Read Less

Receive notifications about information and event scheduling for Alan

We encourage you to share your most beloved memories of Alan here, so that the family and other loved ones can always see it. You can upload cherished photographs, or share your favorite stories, and can even comment on those shared by others.

Posted Apr 18, 2020 at 11:33am
Alan was a dear friend.
To Karen, Josh and Andrea, my sincere condolences.
My name is Tony Struzziery. Alan and Karen invited me to help maintain their home for the last 10 years.
Our friendship grew with each visit to repair this or that around the house. What a loving couple. What an example how love endures through the thick and thin of marriage. Their devotion to each other was so encouraging to see.

Alan and I would have long conversations about world affairs when I was supposed to be working. Alan did not mince words. Salty at times and directly to the point, but always good natured and humorous.
I can say that I am a better man for knowing him and I thank God for bringing us together. Alan will always be in my heart, and sorely missed.

Posted Apr 17, 2020 at 11:54am
We are saddened to learn of Alan's passing. His obituary summed up his life so well. Alan's humor and kindness will be missed by many. Our hearts go out to Karen, the family, and Alan's many friends. May his memory be for a blessing. Cindy and Miles Newman
Comment Share
Share via:
BW

Posted Apr 17, 2020 at 11:28am
Dear Karen,
I was so sorry to hear of the Alan’s passing. I wish I could be at the graveside service, but coronavirus taken care of that. If not for that, the service would be full of people who remember his humor and kindness.
Please know that my thoughts are with you and your family at this difficult time. May his memory be for a blessing.
Barbara (and Michael) Wise

Posted Apr 17, 2020 at 08:25am
My deepest sympathy to all of Alan's family; he will be missed. I will always remember Alan as one of the most boisterous fellow employees at ITT. We worked together for many years, with Alan being a large part of our successful endeavors. Alan was dedicated to his family, his work and fellow employees all the while at ITT. Although only seeing Alan randomly in recent years, our short run-ins were always lively; that was how he was.
Comment Share
Share via:
BS

Posted Apr 16, 2020 at 08:05pm
I want to extend my deepest sympathy to all of you. He talked about his family all the time and his love for them. We worked together starting in the Commercial Night Vision group. He would sit behind me using a typewriter and jerk my chair non stop, laughing all the while. When weather was bad I would pick him up at the bottom of his development and he looked like an Eskimo with his boots and face covered. We were always laughing at and with him from the way he dressed to his stories. He knew the business well and was always great working with all the vendors. He will be missed.
Comment Share
Share via: 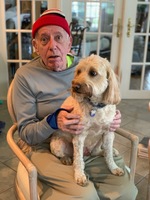 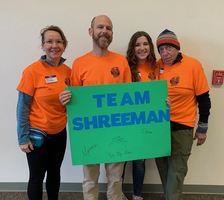 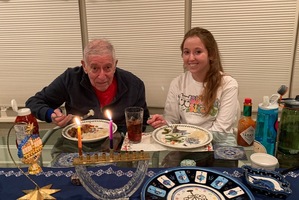 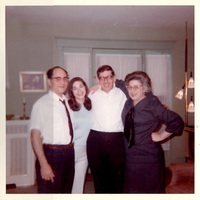