To share your memory on the wall of Timothy Robinette, sign in using one of the following options:

Provide comfort for the family of Timothy Robinette with a meaningful gesture of sympathy.

He loved music and enjoyed playing guitar, riding his Harley, going fishing, cooking up a good meal, and admiri... Read More
Timothy John Robinette, 58, of Roanoke, Va. and formerly of Salem, Va., went to be with the Lord on Saturday, April 13, 2019.

He loved music and enjoyed playing guitar, riding his Harley, going fishing, cooking up a good meal, and admiring old cars. His loyal and kind-hearted spirit was admired by his family members and friends. He loved his fur babies, but his true adoration was for his wife, Sandy, who he loved very much.

A memorial service will be conducted at 2 p.m. on Wednesday, April 17, 2019, in the John M. Oakey & Son Chapel in Salem with Chaplain Dave Vanderpool officiating. Visitation will be held one hour prior to the service.

In lieu of flowers, charitable contributions may be made to the American Lung Association located at 9702 Gayton Road, #110 in Richmond, Va. 23238. Online condolences may be expressed at www.johnmoakey.com.
Read Less

Lawrance Brandt and Family, Love, Kimberly, Chase, Trevor and Jacob Galloway, and others have sent flowers to the family of Timothy John Robinette.
Show you care by sending flowers

Posted May 10, 2019 at 02:50pm
Russell, Mrs. Robinette, and all of Tim's family and friends please accept my condolences and know that you are in everyone's thoughts at this difficult time. Chris Vest(Mount Dora, FL)
Comment Share
Share via:
CV

Posted May 10, 2019 at 02:48pm
Russell, Mrs. Robinette, and all of Tim's family and friends please accept my condolences and know that you everyones thoughts of at this difficult time. Chris Vest(Mount Dora, FL)
Comment Share
Share via:
MG

Posted May 07, 2019 at 01:24pm
Our hearts go out to your family. Tim was such a kind person. My toddler Wren, never missed a chance to say hello to Mr Tim when we were shopping. As soon as we hit the door she asks for him so she could talk about her day and see what he was doing. I know he will be greatly missed.
Comment Share
Share via:
G

Posted Apr 17, 2019 at 02:59pm
Great person with a big heart and quite often expressed his love for God and how he got through rough times, and how he loved his wife, children, mother, siblings,and his little dogs...and he could cook a mean chilli....Tim and I will miss him and are praying for peace, and comfort to all of his family and friends...Love Always...Tim & Missy Goins
Comment Share
Share via:
JL

Posted Apr 17, 2019 at 06:47am
I’m very sorry for your loss. It’s hard to imagine that someone who is so young , full of life and enjoys the things they did, go to sleep in death. Especially when you have so much more to offer. No one in history, who is healthy, wants to die. God has put eternity in our hearts and he wants us to enjoy life forever. (Psalms 37:29). Gods purpose has not changed and soon we will be under his rulership with Jesus being king. His Kingdom will end the sufferings we face. No matter what tragedy’s we face today, God,Jehovah, (Psalms 83:18)can undo it and reunite our dear loved ones again. I’m really sorry for your loss. Words do bring comfort but the Bible heals our heart.
Comment Share
Share via: 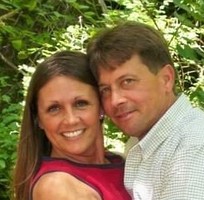 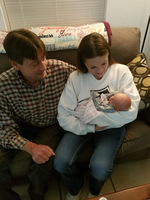 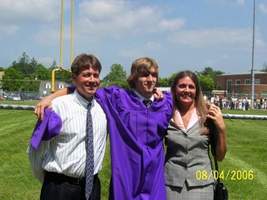